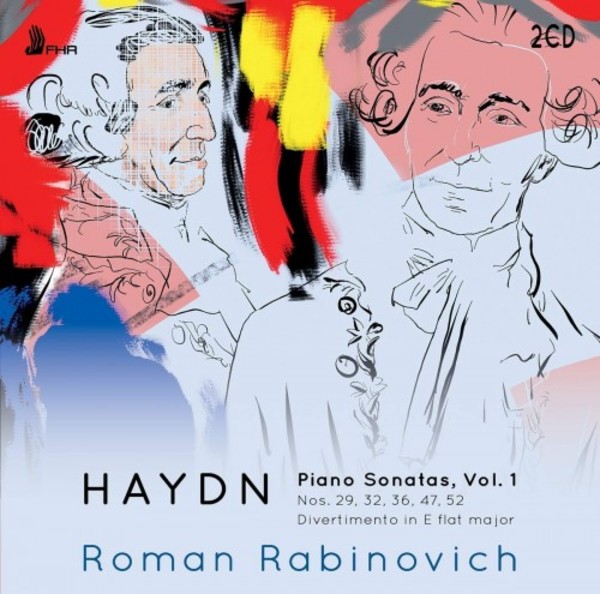 The first volume in a new series by FHR in which illustrious pianist Roman Rabinovich records the complete piano sonatas by Haydn.

Haydn was a prominent and prolific Austrian composer of the Classical period and composed 62 keyboard sonatas. Written over a 40-year period or so, and displaying a variety of styles, the earlier sonatas were written for harpsichord and the last for the newly developed hammer-action fortepiano.

Praised by The New York Times for his uncommon sensitivity and feeling, Roman Rabinovich has performed throughout Europe and the United States in venues such as Londons Wigmore Hall, Leipzigs Gewandhaus, the Great Hall of the Moscow Conservatory, the Cité de la Musique in Paris, and the Millennium Stage of Kennedy Center in Washington DC. Lauded as a master of tone-colour (International Piano, 2018), Rabinovich made his Israel Philharmonic but under the baton of Zubin Mehta at age ten. He was a top prizewinner at the 12th Arthur Rubinstein International Piano Master Competition in 2008, while in 2015, he was selected by Sir Andras Schiff as one of three pianists for the inaugural Building Bridges series, created to highlight young pianists of unusual promise.

Rabinovich has earned critical praise for his explorations of the piano music of Haydn, which include a 42-sonata cycle at the Bath International Festival, and partial cycles at the Lammermuir Festival and ChamberFest Cleveland.