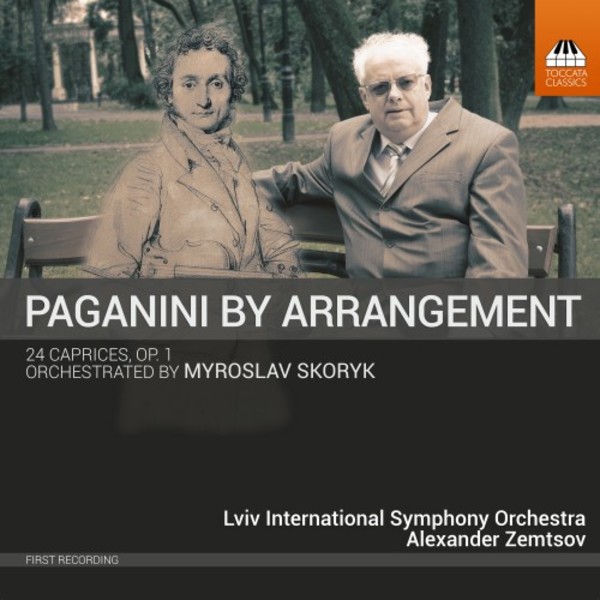 Some composers  Enescu, Schumann and Szymanowski among them  have had a go at adding piano accompaniments to Paganinis 24 Capricci for solo violin, but the Ukrainian Myroslav Skoryk (b. 1938) is the first composer to go the whole hog and orchestrate all 24 of them. His orchestrations have turned Paganinis virtuosic violin-writing into a succession of symphonic fireworks, often injecting a touch of humour along the way.

This recording is released to mark Myroslav Skoryks 80th birthday. It is the first of a series of collaborations planned between Toccata Classics and the Lviv International Symphony Orchestra in Lviv, western Ukraine.

Alexander Zemtsov has been performing as a solo violist since the age of fifteen. At the age of 23 he was appointed Principal Viola of the London Philharmonic Orchestra. In 2012, after ten years with the orchestra, he left to dedicate himself entirely to his demanding career as soloist, conductor and chamber musician. In 2014 he made his conducting debut with the Lviv International Symphony Orchestra, and the next year was appointed artistic director and principal conductor of the orchestra.

The Lviv International Symphony Orchestra was founded in 1998. It makes annual concert tours in Europe, but has ventured as as far as Colombia and China. It regularly takes part in numerous international festivals of classical and jazz music, both at home and abroad.