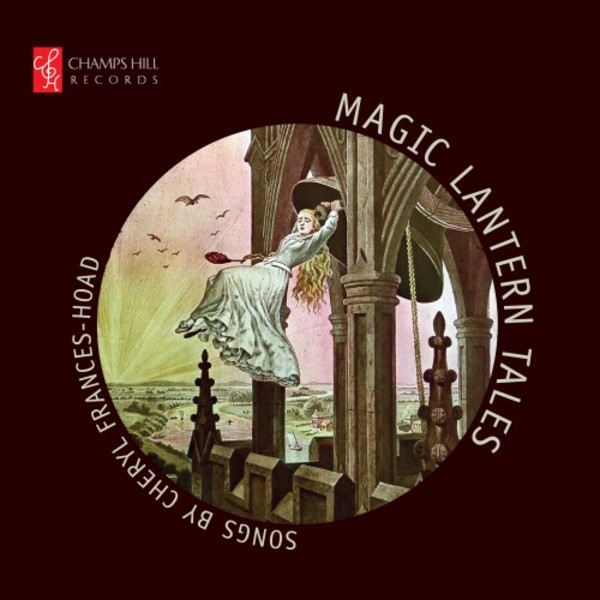 Cheryl Frances-Hoads music has been described as like a declaration of faith in the eternal verities of composition (The Times), with a voice overflowing not only with ideas, but also with the discipline and artistry necessary to harness them (The Scotsman). Now published by Chester Music, she has been commissioned by BBC Proms, BBC Symphony Orchestra, Spitalfields Festival, and recently premiered a piano concerto. This is her fourth album for Champs Hill Records.

The collection includes texts by Kei Miller, Tamsin Collison, Andrew Motion and Stuart Murray written especially for Cheryl, and preexisting ones by Kate Wakeling, Aristotle and Ian McMillan. It is from South Yorkshire poet and well-known radio voice Ian Macmillans cycle Magic Lantern Tales that the album takes its title, telling the stories of dementia sufferers.

Performers include Nicky Spence and Sholto Kynoch, Sophie Daneman and Mark Stone (who get a special mention for playing egg shakers in The Thought Machine with texts by Kate Wakeling). Scenes from Autistic Bedtimes is a result of Cheryls time as a Cultural Fellow in Opera Related Arts.
I endlessly repeat words & phrases, trying to find the music in them: the exact pitches and rhythms needed to portray a particular emotion I often only discover what the poem really says to me when I reach the final bar.  Cheryl Frances-Hoad

You promised me everything: Vocal and choral works by Cheeryl Frances-Hoad