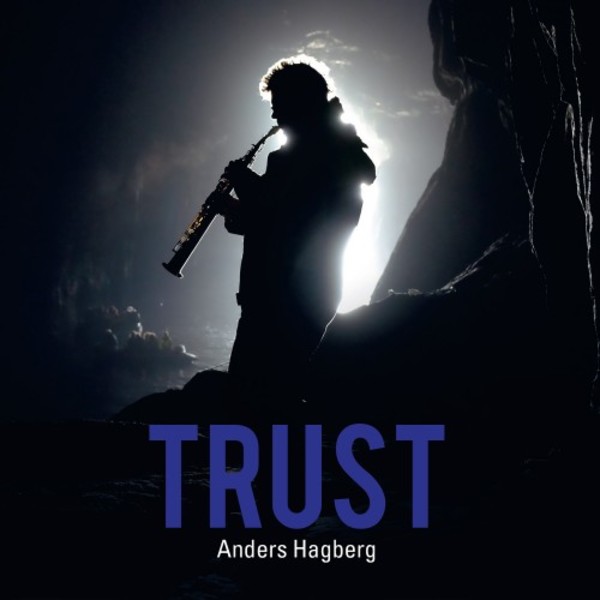 Throughout his musical career, Anders Hagberg has distinguished himself as an innovative and virtuosic improviser on the flute in genres such as jazz and world music. On his newest album, TRUST, he takes his creative approach to the flute to a new level with cinematic sounds, solitary melodies, and evocative grooves.

Anders made all the music for the album using his many flutes, a soprano sax, and some percussion. The unique contrabass flute plays a key role. Anders used it to create all the rhythmic grooves and ambient sounds in the music. TRUST is one of the first albums ever to focus on this unique instrument in the context of melodic improvisation.

The music for TRUST was originally created in interaction with visual artforms such as dance, pictures, video, and sculpture. It has been performed at exhibitions of art by Louise Bourgeois and Bill Viola, for the dance production RÖD, and at site-specific concerts.

The recording was produced in close collaboration with sound designer and technician Åke Linton, who mixed the album. Several tracks feature the creative musicianship of Danish percussionist Lisbeth Diers.

The cover photograph (Sanna Storm) was taken at a solo concert in Klaemintgrottan, a cave on the island of Hestur in the Faroe Islands.

Anders Hagberg is a flautist, saxophonist, and composer. Improvisation and boundary-crossing collaborations are distinguishing features of his work. His projects often feature musicians from other genres and cultures and incorporate other artforms besides music, including dance and the visual arts. Anders has toured globally with the ensembles Yggdrasil and Mynta and with his own bands, including Winduo, Earthsongs, and others, as well as with such musicians as Marilyn Mazur and John Tchicai. He has collaborated with artists from i.e. India, Japan, Brazil, West Africa and the United States, including Vikku Vinayakram (John McLaughlin) and Kiko Freitas (João Bosco).

He has composed music for film and dance and has released many albums under his own name that have garnered Swedish Grammy nominations and other distinctions. A collaboration with musicians from the Middle East led to the album Melodic Melange, multiple tours in India and Scandinavia, and the concert project Connecting Worlds. Anders is a senior lecturer in improvisation at the Gothenburg University Academy of Music and Drama, where he both teaches and engages in artistic research and development. His latest research project examines musical states, sounds, and silence, and was the foundation for all of his work on the music for his new album, TRUST.

Elisabeth Melander: Notes From Within