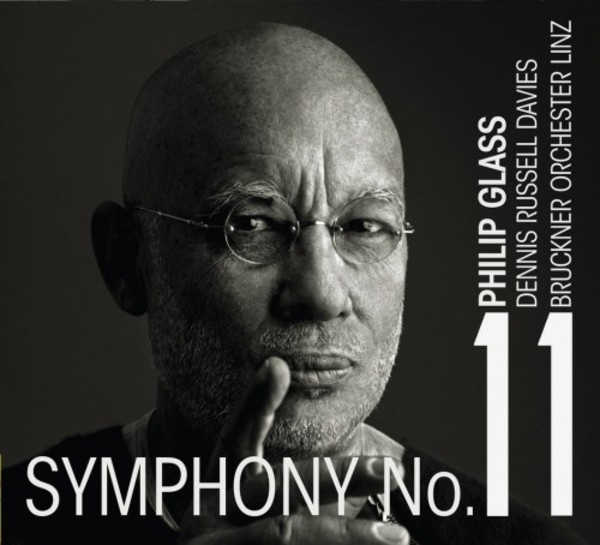 Orange Mountain Music is proud to announce the world premiere recording of Philip Glasss Symphony No.11. Glasss new symphony was composed for the occasion of the composers 80th birthday on 31 January 2017 and premiered at Carnegie Hall in New York by the Bruckner Orchester Linz under the direction of Dennis Russell Davies.

Beginning in 1991 with Glasss Symphony No.1 Low, Davies has gone on to organize and premiere all but one of the extant Glass symphonies. As music director of the Bruckner Orchester Linz, Davies arranged for the orchestra to commission Glasss Sixth, Eighth, Ninth, and now his Eleventh Symphony as well as two operas (Kepler and The Lost), all of which were recorded for OMM.

While Glass and Daviess relationship dates back to the early 1980s, since becoming chief conductor of the Bruckner Orchester Linz in 2002, the relationship between composer, orchestra, and conductor has blossomed. With Daviess directorship coming to a close in 2017 after 15 years, Glass decided to compose a new symphony which would act as a farewell to what the Bruckner Orchester and Davies have accomplished together there.

Rather than a somber work, Glass composed a dynamic three-movement piece which stands as a celebration of orchestra and conductor. The 36-minute work is quite unlike Glasss other symphonies in terms of its construction and its emotional arc. Its an orchestral tour-de-force and shows off all of the strengths and expertise of these musicians with whom Glass has worked for the past decade and a half. The piece represents a capstone to that relationship and musically the piece points to the future, full of bright things to come.

Glass - Einstein on the Beach / The Changing Image of Opera