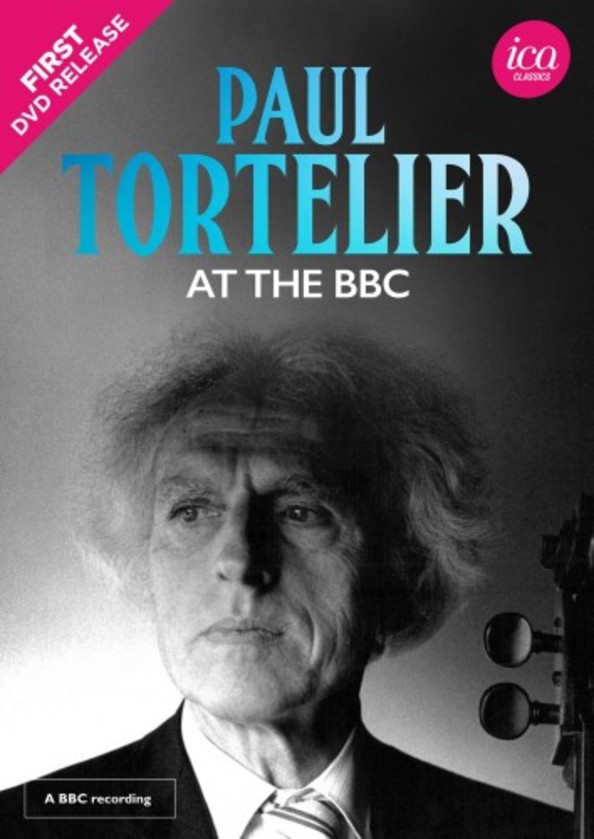 Paul Tortelier at the BBC (DVD)

To mark the centenary of the celebrated French cellist Paul Tortelier (born 21 March 1914), the BBC drew from their archives a selection of films and documents that spanned his whole career and testified to the exceptional rapport he enjoyed with Britain.

The programme Paul Tortelier at the BBC is here reproduced as a DVD and offers a portrait of one of the truly great cellists, an artist of the utmost probity, integrity and sincerity who lived through and witnessed almost an entire musical century. He played under such conductors as Toscanini, Walter, Mitropoulos, Beecham, Boult, Kempe and Richard Strauss and formed a very close friendship with the legendary cellist Pablo Casals. Beecham once said to him early in his career: You are sure to succeed in England because you have got personality, and thats what they like!

Torteliers masterclasses shown on the BBC are still renowned today and form a major part of this DVD. Indeed it was the English rather than the French who most frequently paid homage to him.

Yan Pascal Tortelier pays a moving tribute to his father in the booklet contained with this DVD: In the spring of 1990, my father went for an angioplasty in Hammersmith. His heart was playing up, and as the doctor told him bluntly, he had only two choices: immediate surgery or leaving things to chance! He chose the latter, meaning he could at least pay a homage to Bach and Casals at the Prades Festival, which was to celebrate its 40th anniversary. He did indeed perform those taxing Bach Suites and Sonatas that Summer, and the following December he passed away. Such was his destiny, such was his character. He was 76, full of life as always, and it is hard to believe that it is almost 30 years since all this happened.

The booklet notes are included in English, French and German.