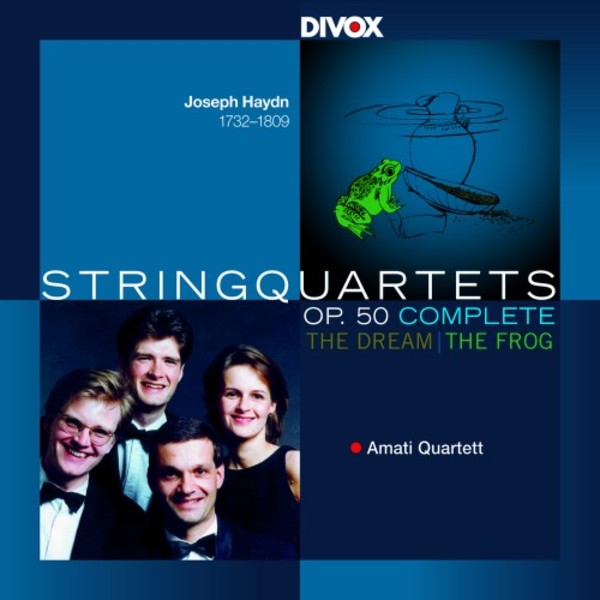 The six quartets of Opus 50 by Joseph Haydn are among the most important works in the string quartet genre  that chamber music formation so highly valued since the era of the First Viennese School, allowing only masters of the composers art to express themselves. Haydns so-called Prussian Quartets (Hob. III:44-49) of 1787 were dedicated to the Prussian King Friedrich Wilhelm II, an enthusiastic amateur cellist. Here, he developed the classical style of musicmaking, which he had shaped so decisively himself, even further. Starting with a rather simple theme, the motifs are artfully wrought  especially in the opening movement of the quartets  and it is notable that all four instrument are treated as near-equals.
The six masterworks of the Austrian composer were captured by the Amati Quartet in studio recordings made in 1995 and 1997, winning the French record award Choc du monde de la musique at the time  now they have been assembled and released together by DIVOX on a double CD. The interpretation by the renowned Amati Quartet is undoubtedly a reference recording of these sophisticated and mellifluous, yet humorous and by no means academic string quartets.