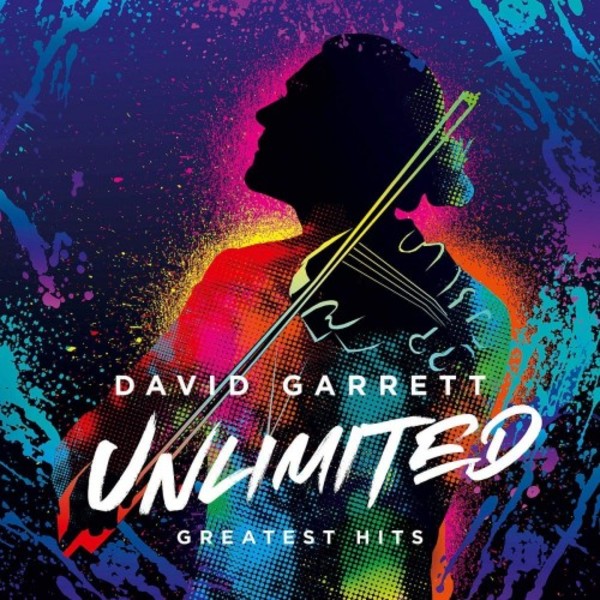 Theres simply no market for your project. Nobody wants to hear that kind of music. A little over 10 years ago, when David Garrett started to pitch his crossover idea to various record labels, people werent excited at all. He believed in it; he kept on trying, stuck to his plans, his original vision, and showed the same blend of patience and determination that made this incredibly talented Juilliard School graduate become one of the worlds best violinists of his generation. Ultimately, of course, Garrett was right: he released no fewer than 10 gold and/or (multi-)platinum award winning albums between 2007 and 2017, selling millions of records around the globe, and most importantly: He carved out a reputation as a brilliant, fearless, genre-defying crossover artist.

Based on a vision that knew no limits, no boundaries since day one, Unlimited  the title of David Garretts first-ever Greatest Hits album  perfectly sums up the journey so far. Comprising 21 songs (37 on the Deluxe Edition) in total, the fivetime ECHO Klassik/three-time ECHO Pop winner revisits his biggest hits since 2007  including Viva La Vida, Smells Like Teen Spirit, Cry Me A River, Dangerous, and Hes A Pirate (Pirates Of The Caribbean). On top of that, theres plenty of new and exclusive material: Garrett not only recorded six brand-new songs to commemorate his first hugely successful decade in the spotlight, but also added four new acoustic renditions (including fan favorites such as Smooth Criminal, Walk This Way, Air, and Asturias), plus, a newly arranged Toccata.