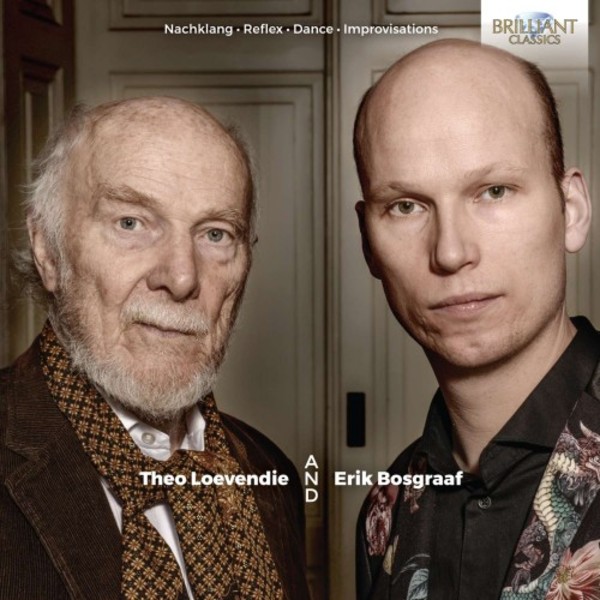 An appealing new recording of modern, tuneful works for recorder.

This album celebrates the friendship between Theo Loevendie (b.1930) and Erik Bosgraaf (b.1980). Having written a part for the recorder virtuoso in his opera about the life and times of the philosopher Spinoza, Loevendie has proceeded to compose several other works which marry the Baroque idiom of the recorders natural home with his own, jazz-inflected idiom. Most notable among them is the recorder concerto Nachklang, dedicated to Bosgraaf like several other works on the album. Bachs Brandenburg Concerto no.3 is the origin of a sparkling composition for recorder, three violins, three violas, three cellos, double bass and harpsichord.

Both musicians celebrate music as a vital, living language, both of them have an affinity with improvisation; Loevendie's musical roots lie in the jazz tradition, and the freewheeling nature of their partnership can be sampled live in an Amsterdam café where they regularly play jam sessions together with the violinist Oene van Geel. For this recording Loevendie, Bosgraaf and Van Geel headed for the studio, which resulted in four improvisations, each based on a passacaglia theme.

Having been the intended soloist for Nachklang, Bosgraaf commissioned the solo Reflex from Loevendie, and this too works outwards from lively Baroque-era rhythmic impulses. Dance for Three is a composition which, in its original form for violin, dates from 1986. It is one of Loevendies most frequently heard pieces. The player wears an ankle bracelet of bells and stamps a percussion accompaniment to her violin. Parts have since been added for clarinet and then, at Bosgraafs behest, for recorder.

Van Wassenaer and the Recorder in the Low Countries