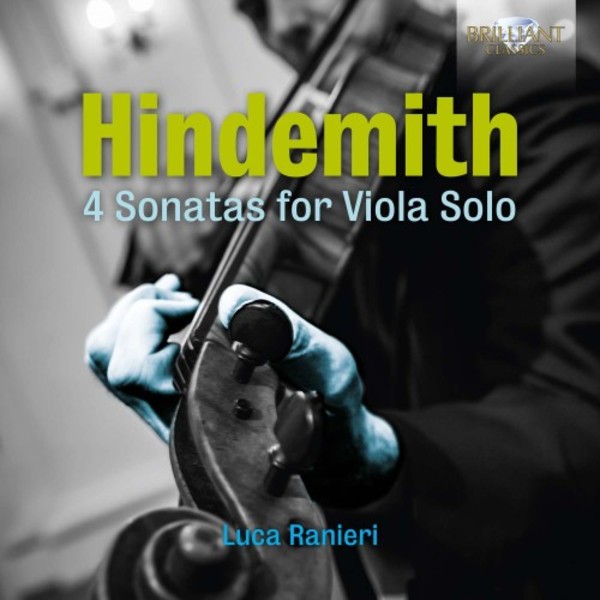 Hindemith was not only a composer but also a hugely talented viola player who wrote a number of remarkable, innovative works for his instrument. The piano-accompanied sonatas are relatively wellknown, so too the Trauermusik composed in a single evening to mark the death of King George V. The solo viola works have had less attention: Hindemith referred to them as Gebrauchsmusik, by which he meant compositions with simple, linear structures, often intended for amateur players: music that responded to a particular need or use.

Their language owes something to the solo viola music by Max Reger, with which Hindemith was certainly familiar. However, Hindemith could draw on both greater individuality as a melodist as well as his own considerable skills as a violist to inform his idiomatic writing for the instrument. Op.11 no.5 (1919) has a Classical structure in four movements, concluding with a noble passacaglia: the work of a gifted 24-year-old who is still establishing his own path within the wider context of musical tradition. Op.25 no.1 belongs to Hindemiths Neoclassical period: spiky and witty with a whirlwind finale. Composed in 1923, the Sonata op.31 no.4 evolves in more traditional fashion, from a perpetuum mobile opening movement to a grave but not melancholy song, followed by a theme-and-variation finale. The 1937 Sonata is much more searching and chromatic, doubtless reflecting its troubled times, and notably exploiting contrasts of sound and silence.

Luca Ranieri is among Italys most distinguished violists, having been conducted as a soloist by the likes of Mehta, Giulini and Sinopoli. His many recordings include the Cello Suites of Bach arranged for viola: Ranieri plays with elegance and clean articulation, and his tone is clear (AllMusic review).