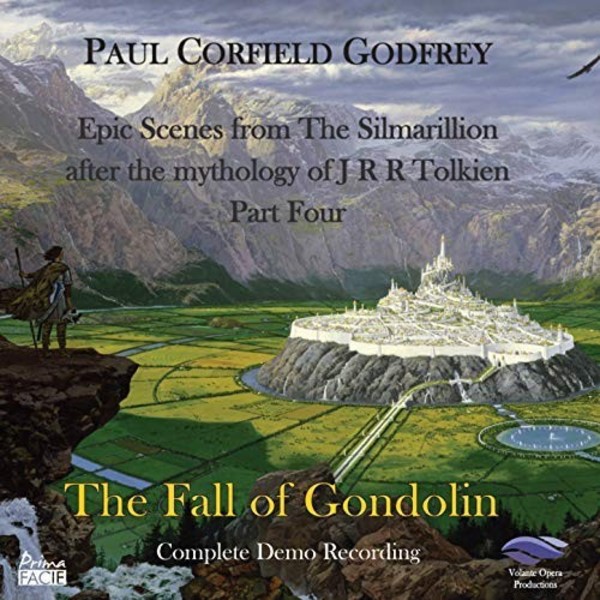 PC Godfrey - The Fall of Gondolin: Epic Scenes from The Silmarillion

The Fall of Gondolin

The Fall of Gondolin

During the period 1982-97 Welsh composer Paul Corfield Godfrey produced a series of epic scenes drawn from JRR Tolkiens posthumous writings for The Silmarillion, employing a large variety of posthumously published texts by the author with the permission of the Tolkien Estate.

The cycle, extending in performance over four evenings, is the largest-scale work of classical music written in Wales in the twentieth century, demanding a full roster of solo singers, chorus and an orchestra of some eighty players, but has only ever been performed in excerpts until now.

Following on the success last year of the CD of the composers music including the piano rondo Akallabeth and other Tolkien works, Prima Facie Records in collaboration with Volante Opera Productions now presents the first instalment in a complete recording of the epic scenes, to be released in a series of double CD albums.

In a review last year Chris Seeman of the Tolkien Music Website wrote: In the annals of Tolkien-inspired music, Paul Corfield Godfrey is the proverbial elephant in the closet and expressed a hope that more of his work would be recorded in the near future. Accordingly this set of The Fall of Gondolin will be followed in 2019 by a release of Beren and Luthien, to be followed in due course by The Children of Hurin and Feanor.

The singers are all professional artists from Welsh National Opera, and the sets will make available for the first time a fully representative recording of the music with the complete lyrics by Tolkien. Because of budgetary and other constraints, the orchestra is represented by sampled sets (using the sounds of real instruments) which have been carefully balanced and adjusted in collaboration with the composer to obtain as close a result to the sound of an actual orchestra as possible. The booklet with this set of The Fall of Gondolin explains the methods of production in greater detail, and also includes an essay by the composer on the manner in which the authors text has been adapted for music.

In a 2017 review of the composers Akallabeth, Goran Forsling referred to his music as accessible and captivating. Brian Wilson in another review compared his Tolkien songs to the Housman settings of Vaughan Williams, and observed that he would not be surprised if some of Godfreys music becomes as well-loved as the Vaughan Williams. We would hope that audiences will enjoy the further exploration of this extensive work. 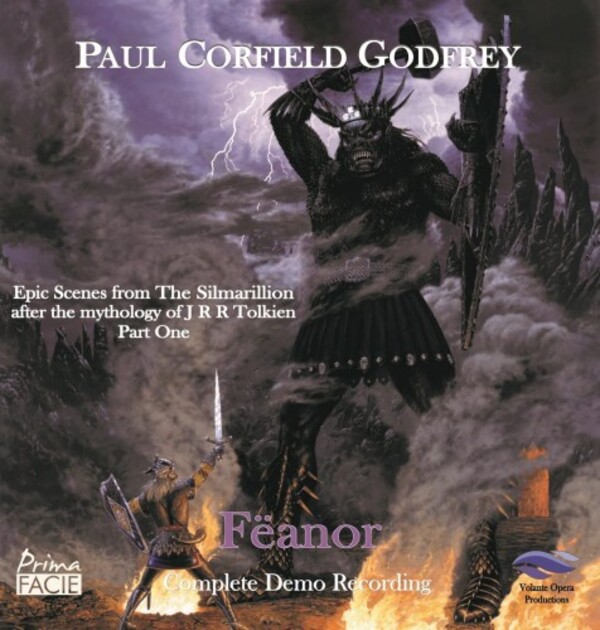 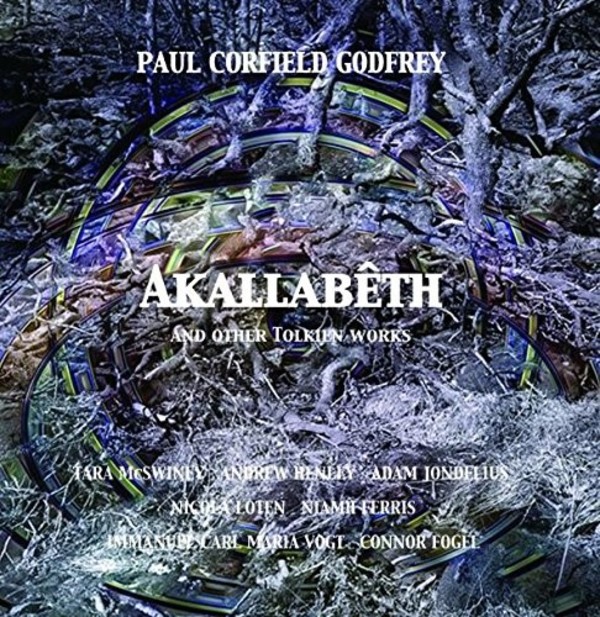 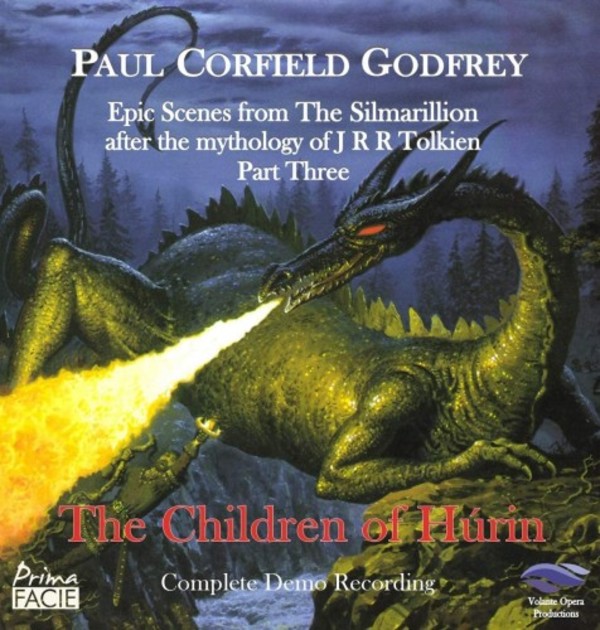 PC Godfrey - Epic Scenes from The Silmarillion Part 3: The Children of Hurin 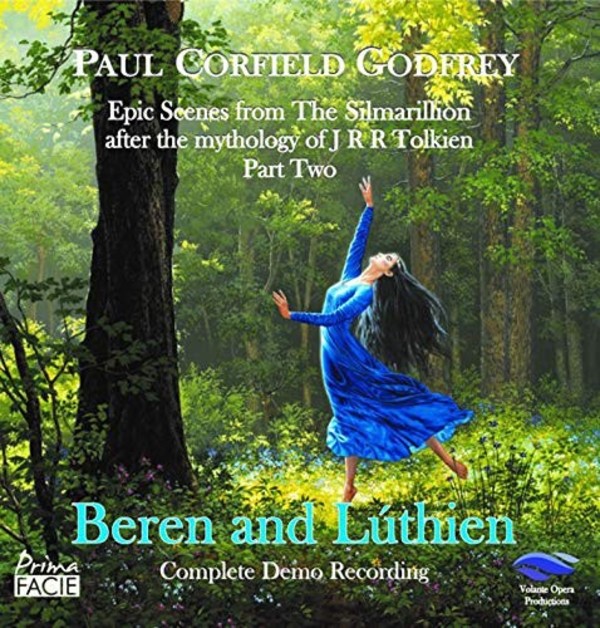