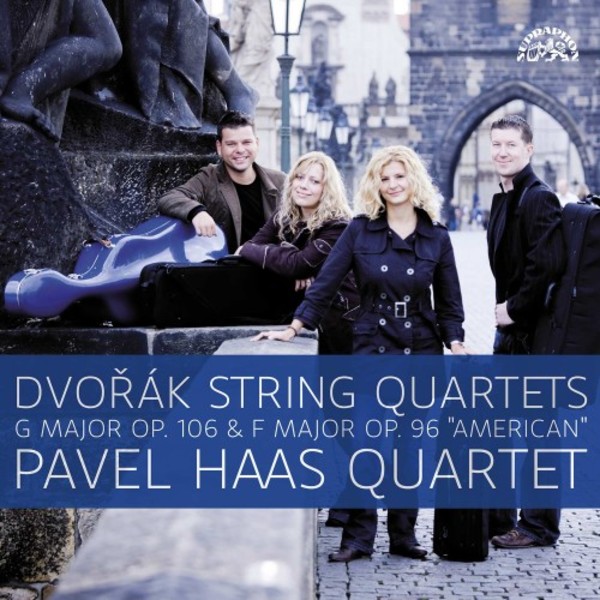 Dvořák's mature works perhaps best mirror the ensemble's extraordinary qualities: the equilibrium between precision and spontaneity, the remarkable ensemble playing, and the solo potential of all of the individual players. At the end of the draft of his Quartet op.96, Antonín Dvořák wrote the comment: "I'm satisfied; it went quickly...". Soon after the "New World" Symphony, he composed one of the most beautiful of all string quartets while still in America  and the critics were unsparing in their praise. For the Pavel Haas Quartet, both the "American" Quartet and the following Quartet op.106, the first work composed after the composer's return home from America, are literally affairs of the heart. According to the Sunday Times: "In this repertoire, they are simply matchless today". Dvořák might even have written his comment "I'm satisfied" about this recording as well.
This recording, although relatively new, is one of the rarest gems in the Supraphon archives. After the initial positive reactions (BBC Music Magazine Recording of the Month, Sunday Times Album of the Week), the extraordinary quality of the recording was confirmed by prestigious Gramophone Awards; in addition to winning the chamber music category, the young ensemble also brought home from London the top prize: Recording of the Year.
Eight years after the first edition on CD, Supraphon is releasing a delicacy for true audiophiles: 2 LPs pressed on 180g virgin vinyl (using DMM cutting technology) supplemented with a digital version of the recording in Hi-Res audio format.