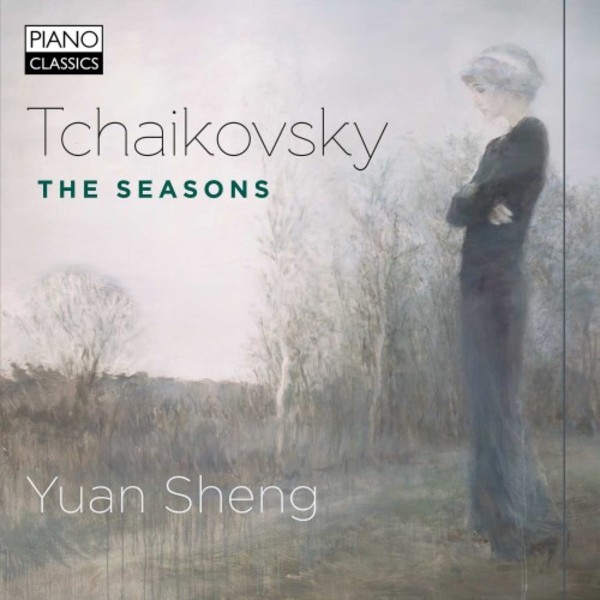 Yuan Sheng has a deep understanding and command of harpsichord and early pianos that has resulted in many well-received historically informed performances and recordings. In reviewing his all-Beethoven recital on an 1805 Kathönig piano, the Boston Intelligencer remarked that Sheng had absorbed this music so thoroughly that a listener might easily have imagined the composer at the keyboard.

Sheng made his debut on Piano Classics with a 3-CD album of Chopin (the complete Nocturnes, Preludes, Ballades and Impromptus, PCL0049) played on an 1845 Pleyel. For this new recording of Tchaikovskys evergreen musical diary, he has returned to the reliable refinements of a modern Steinway, yet the nuances of his performance reflect concerns to grasp and convey the styles of phrasing and articulation that would have been second nature to Tchaikovsky.

As a cycle of salon pieces, The Seasons has never ceased to afford pleasure both to listeners and to amateur pianists since it was first published in 1885, though Tchaikovsky had compiled its contents over several years. It is here complemented by works dating from different periods of Tchaikovskys career, similarly undemanding in style: the very early Romance (1868) and two Morceaux (1871-2) and the much later Dumka (1886), composed for his Parisian publisher Félix Mackar as a rhapsody.

According to International Piano, Yuan Sheng is Chinas premier interpreter of Bach. Having studied in the US, including an intensive period with the legendary Bach interpreter Rosalyn Tureck, he has maintained an international performing career alongside his post as professor of piano at the Beijing Central Conservatory of Music. Three volumes of Bach on Piano Classics (the Goldberg Variations, PCL0042, Partitas, PCL10126, and a mixed album including the Italian Concerto and French Overture, PCL0076) will eventually take their place within a complete recorded cycle of the composers keyboard works.