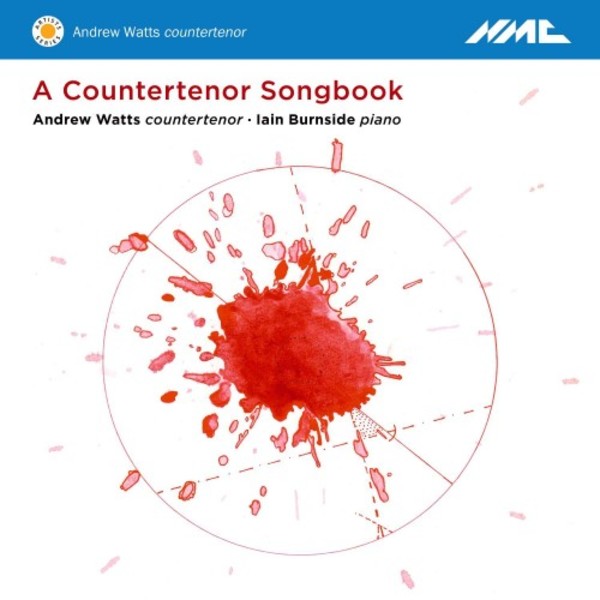 This album brings together the works of seven very different composers in a single songbook. Most of the pieces were written specially for countertenor Andrew Watts, who has championed contemporary music for the thirty years he has been singing professionally. He has established a reputation for being one of the foremost operatic countertenors of his generation and has appeared on opera and concert platforms throughout the world.

The two most senior composers on this recording link back to Andrew at the start of his career. His school music master Neville Bower (1934-2007) set three poems from William Blake's Songs of Innocence specially for Andrew, and when Andrew was an emerging singer, Michael Tippett (19051998) coached him on his song cycle Songs for Ariel, written for an Old Vic production of William Shakespeare's The Tempest.

Colin Matthews (b.1946) has long been fascinated with nineteenth-century French poets and the fin-de-siècle sound and in his song cycle Un Colloque Sentimental uses poems by Paul Verlaine, Charles Baudelaire and Gerard de Nerval. Michael Finnissy (b.1946) chooses German dramatist Georg Büchner as his inspiration, setting extracts from Woyzeck and Lenz.

Kings, knights and troubadours are the themes explored in the recent works written for Andrew by Joe Cutler (b.1968), Tansy Davies (b.1973) and Raymond Yiu (b.1973), and there is an extra piece by Raymond Yiu: a piano and countertenor arrangement of the fourth movement of his Symphony for countertenor and orchestra.

Andrew Watts writes: 'I am indebted to all of the composers featured on this recording for their kindness over the years and for agreeing to be a part of this journey. From a last-minute coaching session at the Royal Academy of Music with Michael Tippett in 1986 to a random drink at Dartington in 2013 with Joe Cutler, this recording also charts the incredible serendipity and bringing together of people through music.'

Yiu - The World Was Once All Miracle

Insomnia: A nocturnal voyage in song