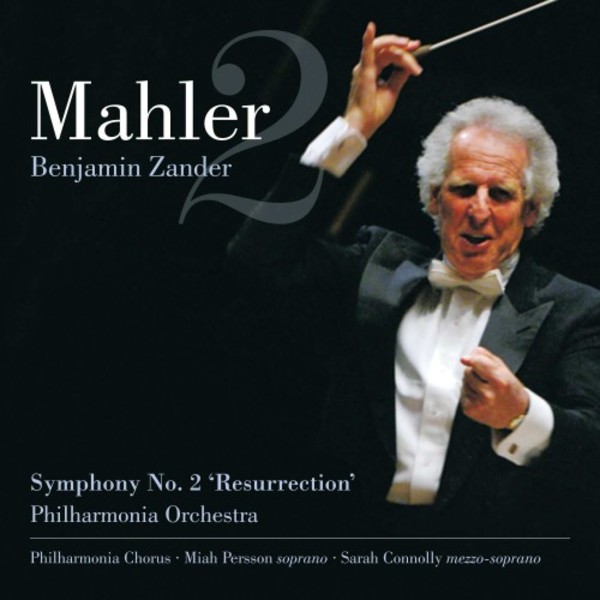 The featured soloists are Sarah Connolly, one of the foremost British mezzo-sopranos who has impressed at La Scala and Glyndebourne, and Swedish soprano Miah Persson, who is in great demand with the major opera houses including Royal Opera House Covent Garden, Metropolitan Opera New York.

A Grammy-nominated conductor, Zander has established an impressive reputation as arguably the most devoted Mahlerian of today, having recorded eight of the nine symphonies to date. Benjamin Zander is the conductor of The Boston Philharmonic Orchestra and a guest conductor around the world. Commendations for his Mahler Symphonies include: nominated for a Grammy Award in the category of Best Orchestral Performance (Ninth Symphony), named a Top 10 Recording of 2001 by the New York Times and The Sunday Times (Fourth and Fifth Symphonies respectively), named a Recording Year by Boston Globe, The Sunday Times, and Fanfare (Sixth Symphony).

...what is beyond dispute is that this performance is the product of very careful consideration of and deep thought about the music.  MusicWeb International (Recording of the Month)

Special ingredients? The tense opening bars; the feeling radiating from mezzo Sarah Connolly; the finale's first steps, so gravely beautiful; the prayerful singing of the Philharmonia Choir...  The Times

it is a truly insightful, inspiring and engaging reading from a Mahler interpreter of considerable and honest musicality.  Choir & Organ

To say my hopes were exceeded barely begins to describe his transcendent reading.  American Record Guide