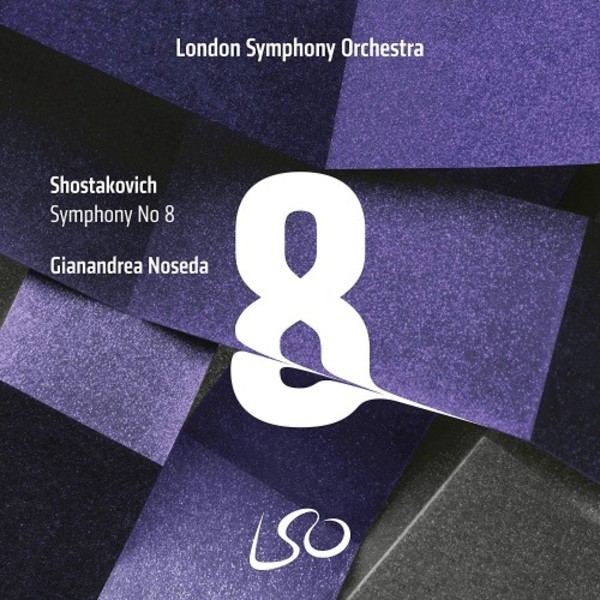 Composed against a cataclysmic backdrop of Stalinist oppression and the Second World War, Shostakovichs Eighth Symphony is a deeply affecting poem of suffering. The composer described it as an attempt to reflect the terrible tragedy of war and it contains some of the most terrifying music he ever wrote.

Here, Gianandrea Noseda conducts the London Symphony Orchestra with intensity and understanding, allowing the music to tell its own story as it travels from darkness into light, yearning more for peace than for victory.

One of the leading conductors of his generation, Gianandrea Noseda holds several high-profile international positions in addition to his role as Principal Guest Conductor of the London Symphony Orchestra, including Music Director of the National Symphony Orchestra in Washington DC. His previous releases on LSO Live include acclaimed interpretations of the Verdi Requiem and Brittens War Requiem.

It was all there in Gianandrea Nosedas outstanding performance with the London Symphony Orchestra. With fluid, unshowy gestures, the Italian conductor let the music tell its own story.  The Times

Such a fine performance, with the LSO on magnificent form  Classical Source