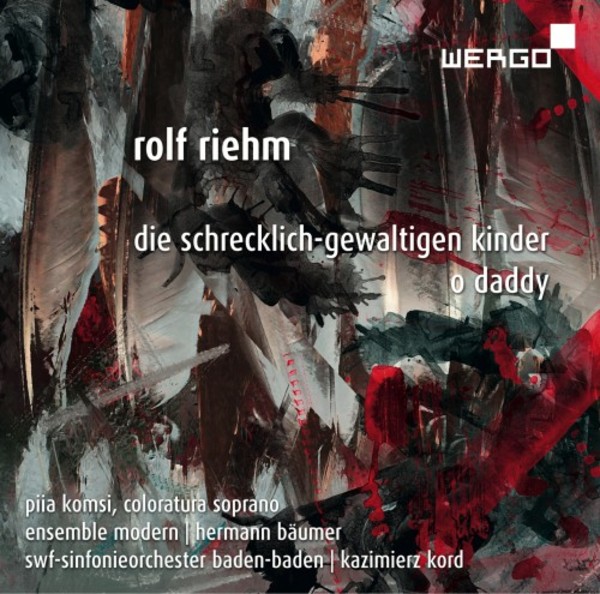 Rolf Riehm is an unconventional artist, a radical composer, and a politically engaged human being. His compositions reject tradition, yet draw on the entire historical spectrum of expressive possibilities. Sceptical of systematic organization, Riehms music tells stories in sound for attentive listeners, stories that deal with mythical, psychological, and political themes. The two pieces by Riehm on this CD evoke archaic and archetypal situations.

O Daddy (written in 1984) reflects on the true story of Marco Caruso, a young Italian who killed his father in 1977 and became the recipient of a remarkable outpouring of public support. In the course of Riehms music, it is impossible for the listener to predict whether any particular musical constellation will be followed by rapid movement in the strings, by the electronic sounds of a recorded voice, or by percussive rhythmic figures.

Die schrecklich-gewaltigen Kinder ('The Terrible and Violent Children') from 2003 is based on an excerpt from the ancient Greek poet Hesiods Theogeny. Riehm drew inspiration for compositional structures and details of his music from this work and its history of adaptation by contemporary authors, transforming the material into archetypal worlds of sound.