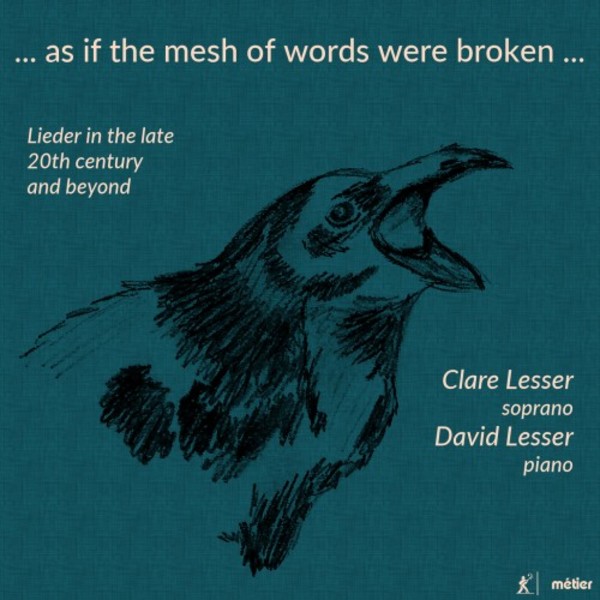 Heinz Holliger is perhaps best known as oboist and conductor but has a sizeable oeuvre including many song cycles, while Wolfgang Rihm is one of todays highest achievers in the art of lieder composition. Finnissys work, on texts by Goethe, is an example of his vital contribution to the realm of modern vocal music.
Clare Lesser is a specialist in new vocal music and is blessed with a gorgeous voice and terrific technique (Musical Pointers). Her previous releases have garnered great praise for her ability to cope with advanced technical requirements as well as being able to sing straight with a most beautiful mellifluous tone and (thankfully) perfectly controlled vibrato.
Husband David accompanies and also provides a major work on this programme of lieder by some of our ages most inspired composers.

Both Lessers teach at New York University in Abu Dhabi as well as performing, recording and doing much research.