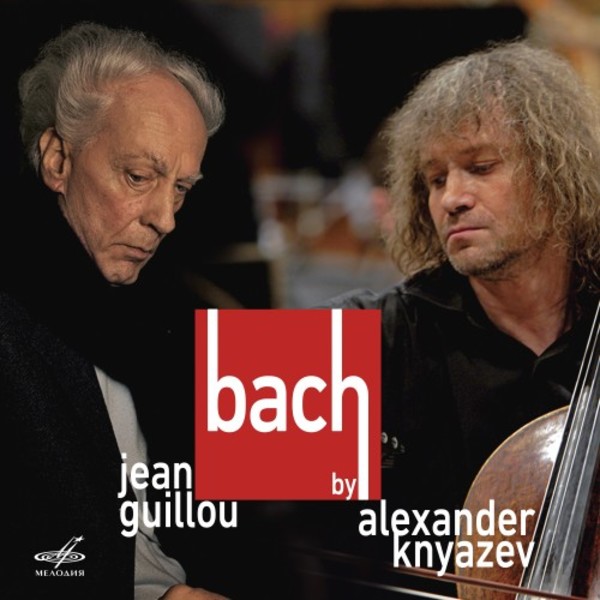 Melodiya presents an album of J.S. Bachs sonatas for cello and clavier recorded by Alexander Knyazev and French organist Jean Guillou.
Along with many other instrumental opuses, Bach wrote the cello sonatas when he was in service of Prince Leopold, a passionate music lover and amateur cellist, in 1717 to 1723, in Köthen. The two musicians coming from different countries and generations perform Bachs music as naturally and organically as a synthesis of tradition and novelty, summing up the accomplishments of musical baroque and looking to the future with optimism at the same time.

The sonatas reworked by Jean Guillou for cello and organ were recorded at the Church of S. Antonio dei Portoghesi in Rome, in 2013. The church organ designed by Jean Guillou was produced by Mascioni Organs in 2008.
Alexander Knyazev graduated from the Moscow Conservatory where he studied the cello and the Nizhny Novgorod Conservatory where he studied the organ. Bachs music has always been in the artists focus of interests. 'I try to find an interpretation of Bachs music that must, first of all, be very living. It seems to me that Bachs music is great because its very modern. It shouldnt be turned into a "museum" by any means', Knyazev says.
Jean Guillou is one of the best French organists of today. He is also known as a composer, organ designer and author of numerous transcriptions and books on organ music.
'Knyazev is an artist who has an incredible sense of musicality, elemental thinking and a phenomenally perfect technique', wrote a reputable critic of BBC Music Magazine.