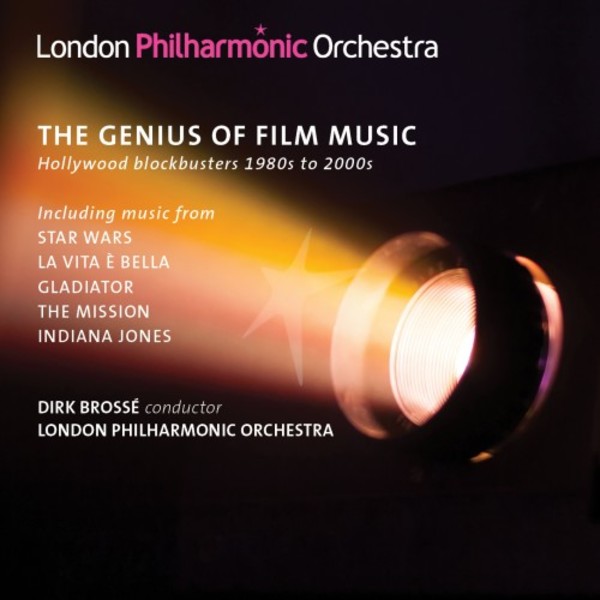 The Genius of Film Music: Hollywood Blockbusters 1980s to 2000s

The Age of Innocence: Suite

The Nightmare Before Christmas: Suite

The Age of Innocence: Suite

The Nightmare Before Christmas: Suite

The Genius of Film Music: Hollywood Blockbusters 1980s to 2000s is the second compilation of film music on the LPO label. It joins LPO0086, which took music from films of the 1960s to 1980s. The two releases form a great set of some of the best film scores of the last 60 years, including well loved classics such as The Godfather, Lawrence of Arabia, Star Wars, Indiana Jones, and Psycho but also an opportunity to discover some less well known scores.

The London Philharmonic Orchestra has a long history with film music, having recorded the original soundtracks to films as varied as the Lord of the Rings trilogy, Lawrence of Arabia, Philadelphia, The Mission, and many more.

The conductor, Dirk Brossé is a film music specialist, and internationally well respected as both a conductor and a composer. His score for 2012s Parades End was nominated for an Emmy Award, and he was chosen by John Williams as Principal Conductor of the Star Wars in Concert World Tour.

The previous film music release on the label (LPO0086) was itself well reviewed. It was a Classic FM featured album, noting its a particular thrill to hear some of the less familiar scores.
The London Philharmonic Orchestra plays all the music with great panache, bringing it alive without the need for images  Classical Source
Recorded live at Southbank Centres Royal Festival Hall, London, on 29 November 2013