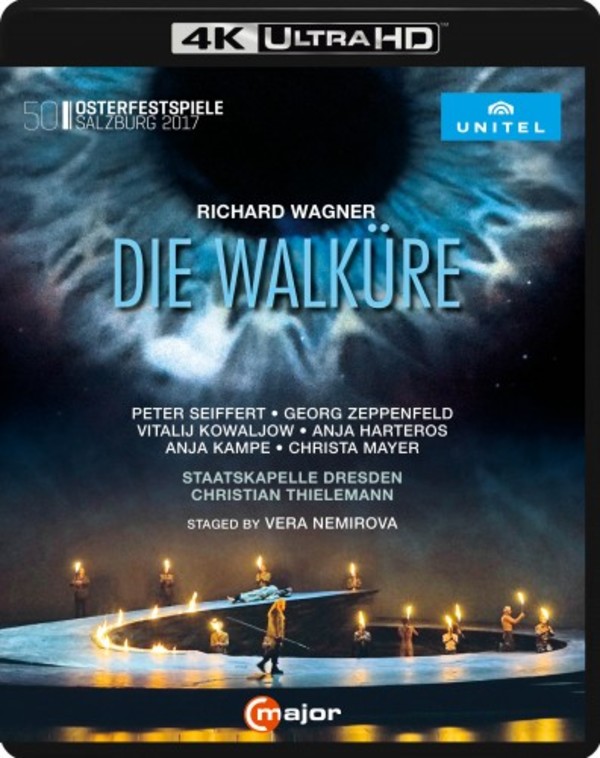 Compatible only with 4K-capable Blu-ray players
On the occasion of its 50th anniversary, the Salzburg Easter Festival presents a Re-creation of Die Walküre: of Herbert von Karajans musico-theatrical vision of the 19th-century masterwork, with which the legendary Maestro opened the very first Easter Festival in 1967. The top-ranking ensemble of singers performs in the faithfully reconstructed scenery of the original production with impressive video backdrops inspired by the original glass paintings. Christian Thielemann, who has been assistant of Karajan in his beginnings, counts among the worlds foremost Wagner conductors,  there is an absolute polish to this performance that is exceptional writes the Financial Times about the conductor and orchestra. The critics are full of praise for this musically ravishing Walküre (Frankfurter Allgemeine) and its excellent ensemble of soloists.
Sound format: PCM Stereo, DTS-HD 5.0
Picture: Ultra HD, 16:9
Subtitles: German (original language), English, French, Spanish, Italian, Korean, Japanese
Booklet: English, German, French
Total running time: 235 mins