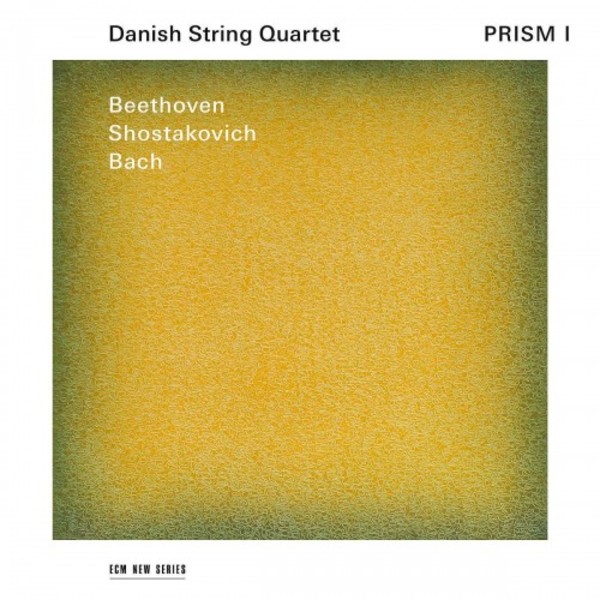 For its third ECM release, the Danish String Quartet inaugurates a series of albums with the overarching title of Prism, in which the group will present one of Beethovens late string quartets in the context of a related fugue by J.S. Bach as well as a linked masterwork from the quartet literature.

With Prism 1, it is the first of Beethovens late quartets, his grand Op.127 in E flat major, alongside Bachs luminous fugue in the same key (arranged by Mozart) and Dmitri Shostakovichs final string quartet, No.15 in E flat minor, a haunted and haunting sequence of six adagios. The DSQ recorded the disc at the Reitstadel in Neumarkt, Germany, applying its lyricism and spirit of ensemble to the interconnected sound world of these three composers.

Hailed by the Washington Post as one of the best quartets before the public today and as simply terrific by The Guardian, the Danish String Quartet is now one of the worlds leading string quartets. In 2009, the DSQ took First Prize, plus four additional prizes, in the Eleventh London International String Quartet Competition. They also received the Carl Nielsen Prize, Denmarks most important cultural award, in 2011. The groups 2017 ECM album, Last Leaf, saw it explore the texturally rich, emotionally resonant world of Nordic folk music.

There is probably no string quartet that I would rather hear play Beethoven at the moment than this foursome of three young Danes and their Norwegian cellist, who demonstrate unrivalled intensity, freedom in their playing and remarkable feel for the composer.  David Allen, New York Times