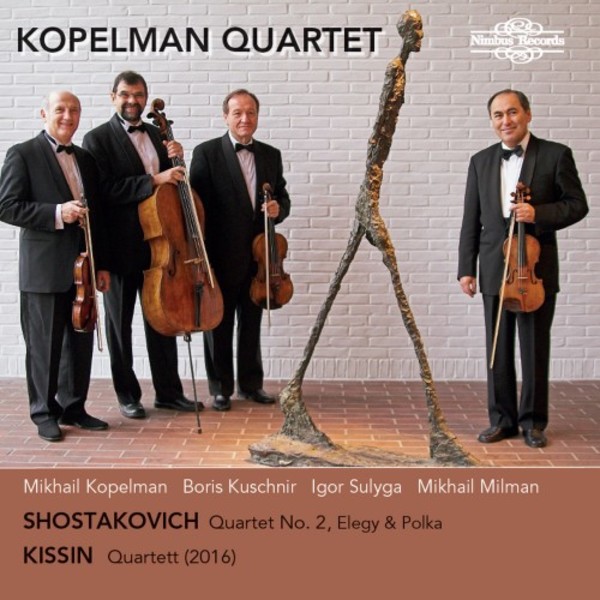 Shostakovich composed his String Quartet No.2 in A major op.68 in just nineteen days during the summer of 1944 at a 'House of Rest and Creativity' (one of the government's sponsored rural treats for writers and composers) in Ivanovo. Completed on 20 September, its allusions to Russian folk music made it a loyal response to the 'Great Patriotic War', but its incorporation of style elements of the sacred and klezmer music of Eastern European Jewry, historically oppressed within Russia and Eastern Europe, took its implications further afield. Shostakovich's interest in Jewish music had been sparked by his completion of the one-act opera Rothschild's Violin by his talented Jewish pupil Veniamin Fleischmann, who died in battle in 1941. By including aspects of Jewish style, he may have desired to express his sympathy for the persecuted Jewish people, especially when news broke in 1944 of the atrocities carried out at the Treblinka concentration camp, built and operated by Nazi Germany in occupied Poland during WWII.

While staying in Batumi, Georgia in late October/early November 1931, he adapted in one evening two short movements from earlier works as a gift to the Jean Vuillaume Quartet. His beautiful Elegy (sometimes headed Adagio) for string quartet is derived from Katerina Ismailovas aria 'The foal runs after the filly' in Act I, Scene 3 of Lady Macbeth, which he completed in its original version in 1932. The Polka (sometimes titled Allegretto) derives from Shostakovich's first ballet The Golden Age op.22 (1929-30), which dramatises the visit of a Soviet football team to a decadent Western European city. The footballers are subjected to various indignities, including imprisonment, but they are eventually freed when the working classes revolt against their bourgeois rulers and the ballet ends with a dance of solidarity between the footballers and the workers.

Kissin's String Quartet is a fitting companion to Shostakovich's works on this disc, not least because both composers' musical language has much in common. Although Kissin has clearly had to feel his way in the medium, he has done so with the assistance of performer-colleagues, notably members of the Emerson Quartet, with whom he has given a few chamber music recitals, and of the Kopelman Quartet, who appear to have recommended various modifications to his original score regarding certain technical issues and string effects. The work itself is modernist, starkly constructed but deeply communicative and it comprises an eclectic mixture of styles that appertain to Kissin's life and career.
Kopelman Quartet:
- Mikhail Kopelman (violin)
- Boris Kuschnir (violin)
- Igor Sulyga (viola)
- Mikhail Milman (cello)