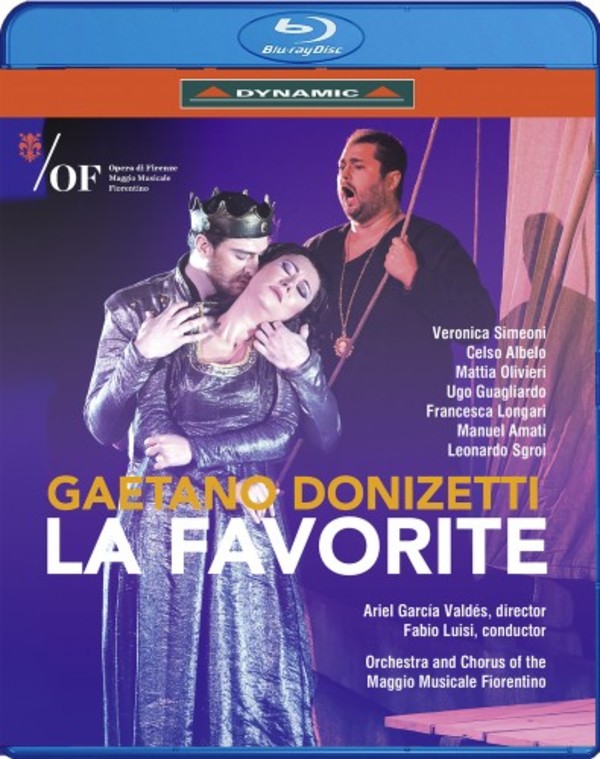 Gaetano Donizetti's La Favorite was rather laborious in the making: it started out as a re-working of L'Ange de Nisida, to which the composer added parts taken from some of his other operas. Premiered at the Paris Opéra, the work is set in 14th-century Castile and tells the story of the hapless love between Fernand, who has second thoughts about taking holy orders and leaves the monastery of Santiago de Compostela, and Léonor, the mistress of King Alphonse XI. It's an intimate drama, where history and politics are but the backdrop to the protagonists' passions and torments.

Fabio Luisi's conducting is both measured in balancing the orchestral sounds, personal, varied and vigorous. The orchestral sound is crystal-clear, with its perfectly judged accompaniment to the voices neatly delivered.