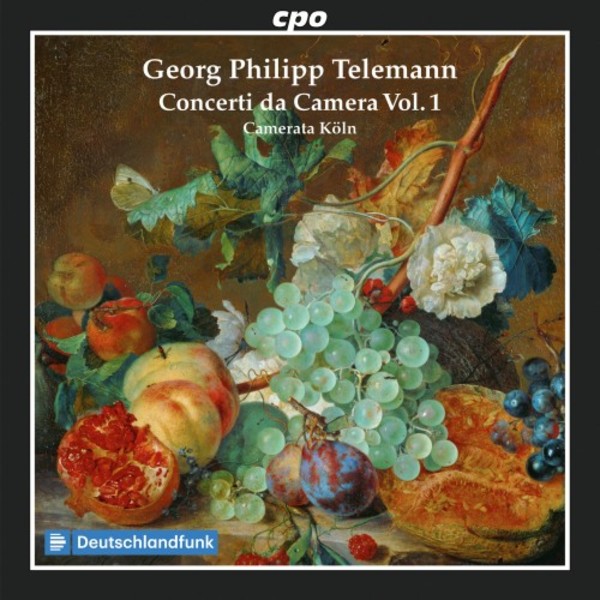 The first volume of CPO's two-part release of concertante quartets or 'Concerto Sonatas' by Georg Philipp Telemann features seven works, each of which is scored for a different chamber ensemble selecting its particular combination of instruments from the recorder, transverse flute, oboe, violin, viola, viola da gamba, violoncello, or bassoon over a thoroughbass foundation. No other composer of the era offers better material for studying the various playing styles of the concerto sonata than Georg Philipp Telemann. There are more than thirty trio sonatas and quartets in which Telemann explored sonata and concerto border regions and moved between them in various chamber ensembles.
The ensemble Cologne Camerata / Camerata Köln is one of the most long-loved chamber music ensembles for early music in the world. Under the name of Camerata Köln a handful of music students founded the ensemble in 1979 at the music conservatoire in Cologne. Ever since then, enthusiasm for the music of the seventeenth and eighteenth centuries, the desire and imagination to pursue wholly new sounds and forms of interpretation, artistic approaches and stage presence in combination with a great deal of research and spontaneous desire for music making have marked the work of the ensemble and their international concerts.