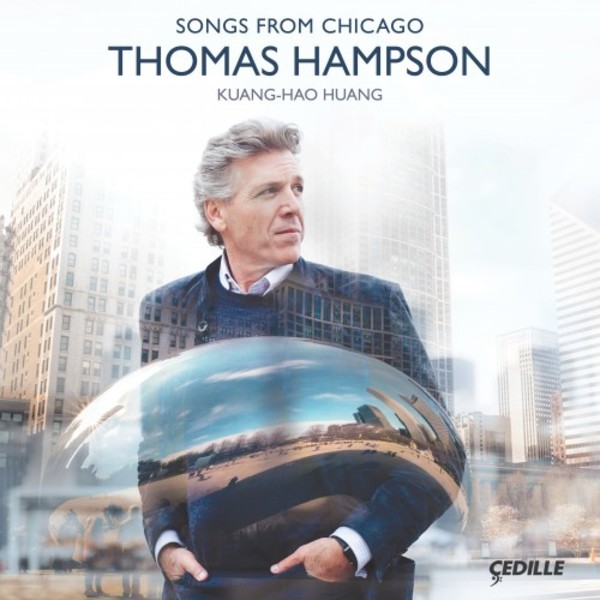 My Dream
Songs to the Dark Virgin

My Dream
Songs to the Dark Virgin

Thomas Hampson, Americas leading baritone and a champion of the art of classic song  poetry set to music  makes his Cedille Records debut with a programme of songs by five composers of the early 20th century associated with the city of Chicago: Ernst Bacon, Florence Price, John Alden Carpenter, Margaret Bonds, and Louis Campbell-Tipton. All of them, Hampson says, 'have distinguished themselves in history as great voices of the artistic American narrative'.

Hailed as 'an outstanding recitalist' by Grove Music Online, the much-honoured international opera star, recording artist, and 'ambassador of song' performs compositions based on poems by Walt Whitman, Langston Hughes, and Rabindranath Tagore, the Bengali poet who became the first non-European to receive the Nobel Prize for Literature.

The New York Philharmonics first Artist-in-Residence, Hampson also has been honoured with a Concertgebouw Prize, Library of Congress Living Legends Award, and the Hugo-Wolf-Medal for outstanding achievements in the art of song interpretation, among many other awards.

The albums informative CD booklet includes an introductory essay by Hampson, biographical sketches of the composers, and complete song texts.