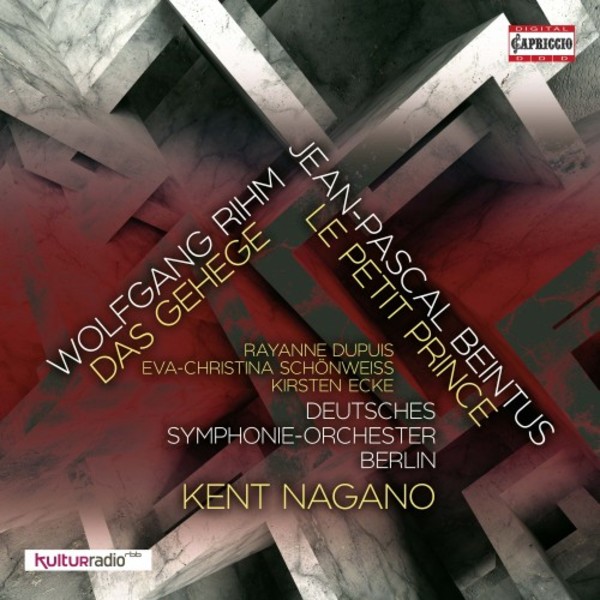 When conductor Kent Nagano assumed the post of musical director of Munich's Bavarian State Opera in 2006, he had in mind to stage a new production of Richard Strausss Salome, the challenging one-act opera based on Oscar Wildes play. To precede this, he wanted to present a new work, and so turned to Wolfgang Rihm. In an interview with Die Zeit, Rihm said: 'I replied that there was really only one choice: the final scene from Schlusschor by Botho Strauss'. Naganos commission became the catalyst in transforming this desire into reality, resulting in Das Gehege  A nocturnal scene for soprano and orchestra.

Kent Nagano and Jean-Pascal Beintus first met in the orchestra pit at the Opéra de Lyon in 1988. After looking over Beintuss first orchestral manuscript, the maestro, known for his openness and erudition, encouraged the young man to expand his musical horizons. Several pictorial projects came to Naganos mind, which he entrusted to Beintuss musical imagination, including Wolf Tracks for narrator and orchestra (featuring Bill Clinton and Mikhail Gorbachev in the spoken parts), for which Beintus received a Grammy Award in 2004; and The Little Prince (2008), written for the Deutsches Symphonie-Orchester Berlins family concerts series.

Prokofiev - Peter and the Wolf

Prokofiev - Peter & the Wolf (in Spanish and English)