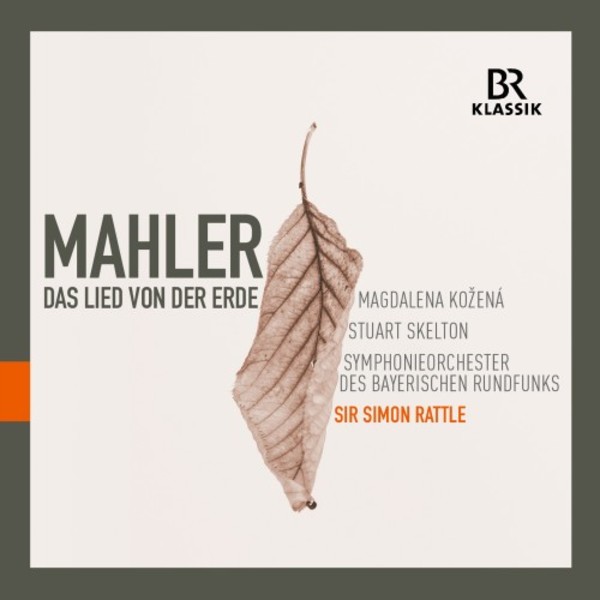 Mahlers Das Lied von der Erde (The Song of the Earth) is subtitled A symphony for tenor, alto (or baritone) voice and orchestra. It examines the border between two different genres: the Lied, in its extended form as a song cycle, and the symphony. And as ever in Mahlers music, that border is anything but black and white. The work certainly differs radically from a mere song cycle: the Lieder are permeated by symphonic techniques and some symphonic movements are built up from huge stanzas. Interludes expand to become development sections in which important things happen. Indeed, the thematic events take place in the orchestra, and, in a certain sense, the soloists also form a part of the interwoven orchestral texture. The sequence of movements also follows that of a symphony: in the weighty outer movements one clearly notices sonata form shining through the stanza structures, and symphonic processes are obviously taking place. Two inner movements take the place of the slow movement and sarcastic scherzo. The entire work is spanned by a taut arc, culminating  in accordance with the principle of intensification  in a huge final movement lasting as long as all the others together, and entitled Der Abschied (The Farewell). Here, Mahler is continuing the genre of the Finale Symphony, and the brightening of C minor to C major is even reminiscent of his usual apotheoses. In this symphony, as in his others, Mahler wanted to create a world using all existing technical means.

The formal design of the work is unique, and the demands it places on its performers are extreme. It requires two highly experienced Lied singers, who in combination with the huge orchestral apparatus have to be able to perform as soloists while blending into the symphonic structure as concert voices. An excellent and well-coordinated body of sound is needed here, and of course a highly competent conductor to ensure cohesion and to give spirit and soulfulness to such a large-scale work. All these parameters were in place at the concerts recorded in Munichs Herkulessaal on 25 and 26 January 2018, which have now already been released on the BR KLASSIK label. Mahler's Song of the Earth, performed in Munich in January 2018, has now been documented on CD  a star-studded and outstanding interpretation of one of the most important compositions of the Late Romantic repertoire.