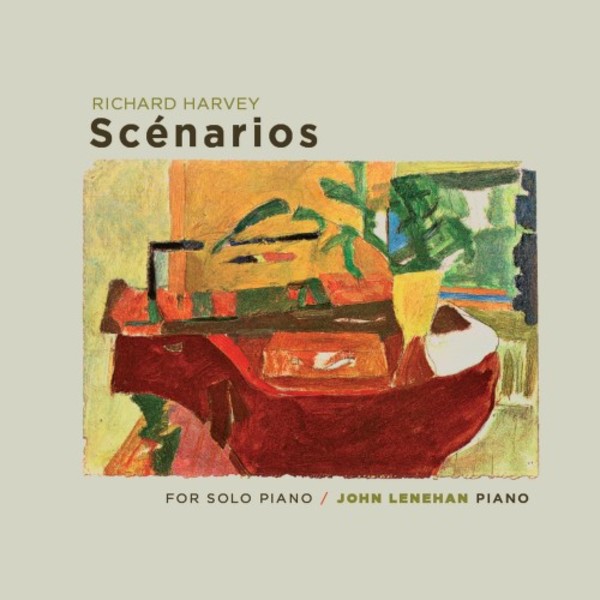 Following on from the unmitigated success of the choral album 'Kyrie' (ALU0012), 'Scenarios' is a new collection of Miniatures for Piano composed by Richard Harvey and performed by his friend, the renowned concert pianist, John Lenehan. Exquisitely recorded in the unique Yehudi Menuhin Hall in Stoke d'Abernon, Surrey, these pieces have been drawn from Richard's notebooks dating back to his student days and also from impressionistic memories with a distinctive wash of Mediterranean sunlight and colour pervading the collection! Childlike in places and pensive and darker in others, the music is a travel pass to warmer climes and shared memories.

Having come through the ranks of a quintessentially British musical upbringing via Tiffin School, The Royal College of Music, and as a member of the British Youth Symphony Orchestra, Richard started composing in his early teens. After forming his first band, Gryphon, all four BBC Radio Stations featured his music in the very same week  something that has been completely unheard of, either before or since! He toured the USA and performed his own music at Madison Square Gardens, all before he was twenty. Like many other classical composers in the modern age, he also accepted commissions for TV and film music, and became best known for his work in this field until the turn of the millennium. His largest scale concert works at this point were the Oratorio Plague And The Moonflower (to a libretto by artist and Renaissance Man, Ralph Steadman) and his Concerto Antico written for guitarist John Williams and the London Symphony Orchestra, which has gone on to become a popular favourite both on the concert platform for guitarists all over the world and within The Classic FM Hall of Fame in the UK. Alongside rave reviews for his Concertos for recorder virtuoso, Michala Petri and for the legendary violist, Roger Chase, Richard also won a British Academy Award for his score for Alan Bleasdales epic political drama GBH and has four Ivor Novello nominations under his belt. Beyond that, its fair to say that his film and TV scores are too numerous to mention here, although last year he was honoured with an Annie Award for his score for the animated picture The Little Prince, which he co-wrote with his long standing friend and collaborator, Hans Zimmer, following on from the success of his much praised contribution to The Da Vinci Code movie featuring Tom Hanks.

The Great Within: The Forbidden City

Richard Harvey - Plague and the Moonflower