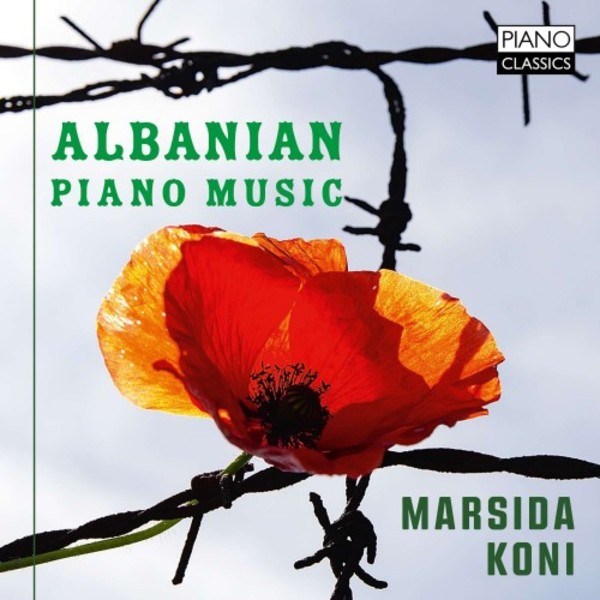 Punchy folkloristic suites, dances and miniatures from a musically neglected corner of Europe.

There are two generations of Albanian composers represented on this invaluable guide to the countrys piano music. Simon Gjoni, Cesk Zadeja and Tonin Harapi belong to the first generation of professional composers from Albania, all born in the 1920s, studying abroad but returning to the capital and artistic hub, Tirane, to lead cultural life while the country suffered from comparative international isolation in the 1950s and 60s. It is to this later generation that Pellumb Vorpsi, Thomas Simaki and Vasil Tole belong.

The Adriatic culture shared by Albania and Italy is celebrated in several bilingually titled works such as Ja gëzimi kthen përsëri (La gioia ritorna ancora) by Harapi, whose works are among the simplest, briefest and most charming on the album. At the other end of the scale, pianistically speaking, are the Lisztian Variations on a Popular Theme by Vorpsi. Even so, both composers, and most of the others, share a direct, fresh, folk-inspired mode of expression that carries with it strains of Bartók and Vaughan Williams, to name two more noted ethno musicological explorers in the early years of the last century.

This album marks the debut of Marsida Koni (b.1981) on Piano Classics. An Albanian native, she grew up in her home country and made her broadcast debut at the age of just nine, and her orchestral concerto debut two years later. Having graduated from the university in Tirane, she pursued further studies in Italy, where she now makes her career. She has a recorded partnership with the clarinettist Piero Vincenti, and she is artistic director of the Lazar Berman International Piano Competition in Camerino in the Marche region of northern Italy.

I knew very little about Albanian Piano Music until I heard this most enjoyable and enlightening CD, which is also so refreshing in that, like the country itself, it is emerging from a time warp, where pure melody is still considered acceptable. This CD has certainly made me want to get to know more about the country, its people, its highly-individual spoken- language  and, most of all, its music.  Philip R Buttall
MusicWeb International