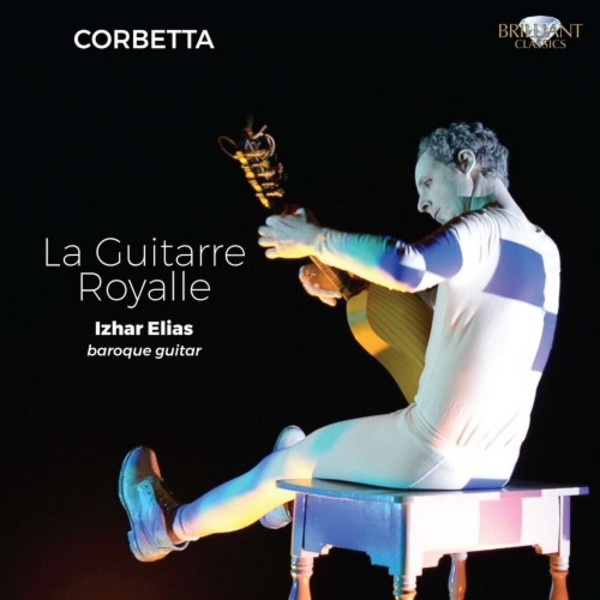 Francesco Corbetta: the JS Bach of the guitar? A bold claim, but one made with passion by the guitarist Izhar Elias in his own booklet essay for this ground-breaking new album.

Born in the Italian city of Pavia around 1615, Corbetta worked as a musician in the court of Madrid but he made his career and lasting reputation in France. According to contemporary accounts, Corbettas playing epitomized the ornate Baroque guitar solo. The high range, frequent resolution of dissonance, virtuosic techniques, and coloristic effects, such as overlapping tones of campanelas or flashy repicco strumming, converged in his guitar music to make it the most brilliant if challenging of the era.

On this album Elias has made his own selection from two of Corbettas published volumes which were written for King Charles II (1671) and King Louis XIV (1674) respectively. According to him, Corbettas music is rooted in the popular songs and dances of his day, making him more like a modern pop songwriter. Using the genres of chaconne and passacaglia, several of which are included here, he transformed the guitar into a polyphonic instrument and a genuinely soloistic one compared to its previous, humble role as an accompaniment to song and strings. There are also two substantial dance suites, in A minor and G minor.

The Dutch-born guitarist Izhar Elias has made several significant contributions to the extensive library of guitar music on Brilliant Classics, including a Spanish Baroque album, La Monarcha (BC94352), an exploration of Beethovens little-known writing for the instrument (BC94631); and perhaps most noteworthy, a first complete recording for substantial excerpts from Rossinis late masterpiece Semiramide, arranged for solo guitar by Giuliani (BC93902). Youll rarely hear anyone work so hard, remarked the Classics Today reviewer. The playing is magnificent  fluent, tonally as varied as possible, rhythmically true to Rossini.

Adelaide: Beethoven and the Guitar