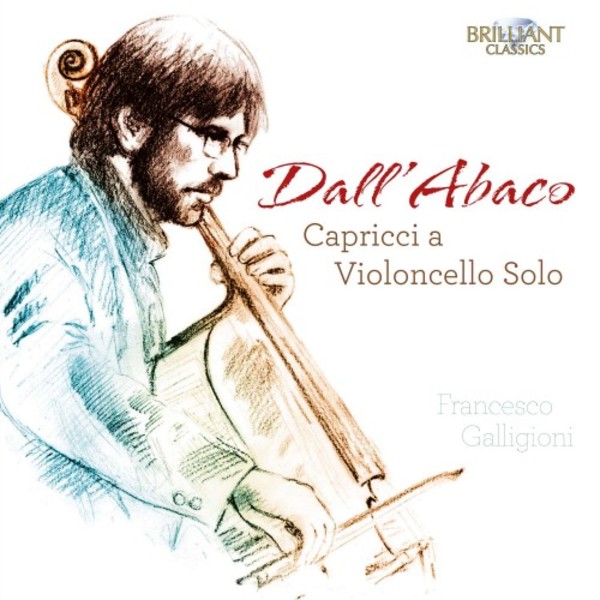 A significant if little-known staging post in the history of the solo cello.

Born in Brussels in 1710, Joseph Marie Clément Ferdinand Dall'Abaco displayed such an aptitude for the cello that at the age of 19, he was appointed cellist in the chapel orchestra of the Prince Elector Clemens August I of Bavaria in Bonn. In due course he became Kammermusikdirektor to the Prince Elector of Cologne before a scandal necessitated a hasty move to Verona in 1753. However, DallAbaco retained his allegiances to previous German employers, and dedicated this set of Capricci to the Elector of Bavaria.

The Capricci are no mere exercises, devised for cellists by a cellist, even though the wider public is barely aware of them. Eleven such works survive on the only extant copy of the manuscript, though DallAbaco probably wrote twelve. They probably date from the 1770s, though the composer lived on until 1805. Their style is a relative of the Empfindsamer Stil pioneered by Carl Philipp Emanuel Bach, and in many ways they are the immediate successor to the Cello Suites of JS Bach.

A vein of melancholy pervades many of the pieces, especially those in the minor key. There are also allusions to 17th- and 18th-century dances: for instance, the second and the sixth Capriccii, which borrow respectively from the allemande and the courante. The eighth, in G minor, stands out on account of its length and its complex polyphony, which is also a feature of the seventh Capriccio. Others develop around simple chords, or in the toccata style, as in the case of the ninth. Another common element is the allusion to the perpetuum mobile by means of the reiteration of a particular rhythm or figuration.

Thus the Capricci make serious demands upon any cellist, hardly less than do the Caprices of Paganini for the violin. Taking up the challenge here is Francesco Galligioni, who was praised by MusicWeb International for his measured and thoughtful approach to the cello sonatas of Vivaldi. As a member of LArte dellArco he made many significant contributions to the ensembles extensive collection of Vivaldi for the label; as a soloist he has made the first complete recording of the sonatas by another Italian Baroque composer/cellist, Salvatore Lanzetti (BC95525).