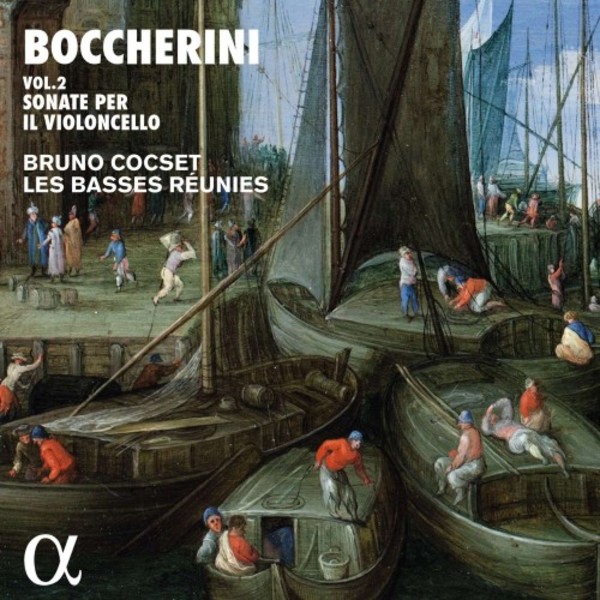 Bruno Cocset pays tribute to one of the precursors of the Golden Age of the cello by recording five sonatas (no.5 in G major, no.2 in C minor, no.1 in F major, no.13 in A major, no.12 in B flat major), based on the manuscripts of the extensive Noseda Collection of the Milan Conservatory. He is accompanied by his partners from Les Basses Réunies, Maude Gratton (fortepiano), Bertrand Cuiller (harpsichord), Emmanuel Jacques (cello continuo) and Richard Myron (double bass).

Shortly after Luigi Boccherinis death on 28 May 1805, two journalists in Leipzig and Paris agreed that he had been (for the former) an excellent cellist capable of bewitching audiences with the incomparable sound and expressive melody of his instrument and (for the latter) a wonderful cellist. He especially charmed us with his incomparable sonority and the very expressive song of his instrument. However, posterity in the nineteenth century was most unkind to him, allowing him to survive thanks to a Minuet chosen at random, transposed for and endlessly churned out by every possible instrument (and even the voice), a somewhat doctored concerto, and finally editions of a small batch of sonatas for cello and piano adorned with an improbable arsenal of technical and performance markings far removed from the Boccherinian spirit...  Yves Gérard (from the booklet note)