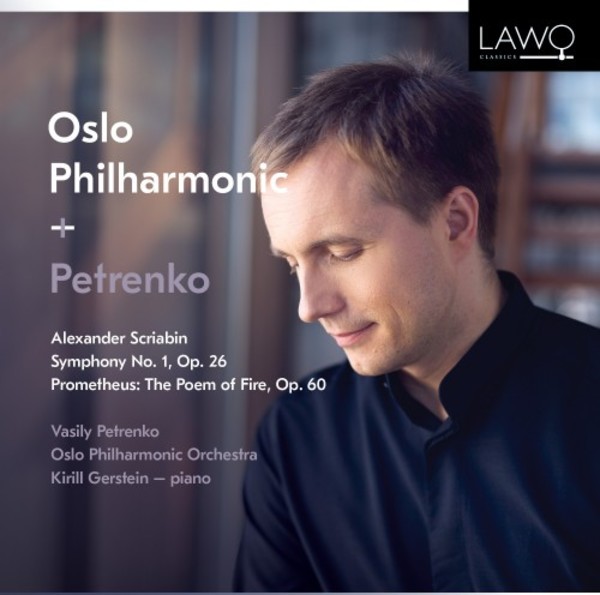 Scriabin - Symphony no.1, Prometheus: The Poem of Fire

Once again pairing the winning combination of Gramophones 2017 Artist of the Year Vasily Petrenko, the Oslo Philharmonic and pianist Kirill Gerstein together, Lawo Classics is delighted to present the last instalment of their critically acclaimed Scriabin series.

Vasily Petrenko is one of the most significant and galvanizing musicians alive. He became famous for his transformative work at the Royal Liverpool Philharmonic, the oldest orchestra in the United Kingdom, where he refashioned the orchestras sound, reconnected the organization to its home city and presided over a huge increase in ticket sales. He quickly came to represent a new generation of conductors ready combine their uncompromising artistic work with a passion for communication and inclusion.

Vasily is one of the most acclaimed classical recording artists alive and has won numerous accolades for his recordings of Russian repertoire, including two Gramophone awards. With the Oslo Philharmonic, he has recorded Shostakovich and Szymanowski concertos, Romeo and Juliet by Prokofiev, and a major new cycle of orchestral works by Alexander Scriabin, of which this release is the last in the series of three CDs.

The Oslo Philharmonic was born in 1919 and over the next half-century, the Oslo Philharmonics reputation grew steadily. In 1979, it changed foreverwith the arrival of a young Latvian arriving in Norway, Mariss Jansons, who transformed it to rival the great Philharmonics of Vienna, Berlin and New York.

Kirill Gersteins curiosity and versatility has led to an intense engagement with a wide range of repertoire and styles. From Bach to Adès, his playing is distinguished by its clarity of expression, discerning intelligence and virtuosity. Gersteins energetic and imaginative musical personality has taken him rapidly to the top of his profession.

Gerstein and Petrenko are outstanding.  The Arts Desk on Scriabin Symphony no.2 (LWC1139)

This is highly recommendable version of the concerto  Musicweb International on Scriabins Symphony no.2 (LWC1139)

Scriabin - Symphonies no.3 & Poem of Ecstasy