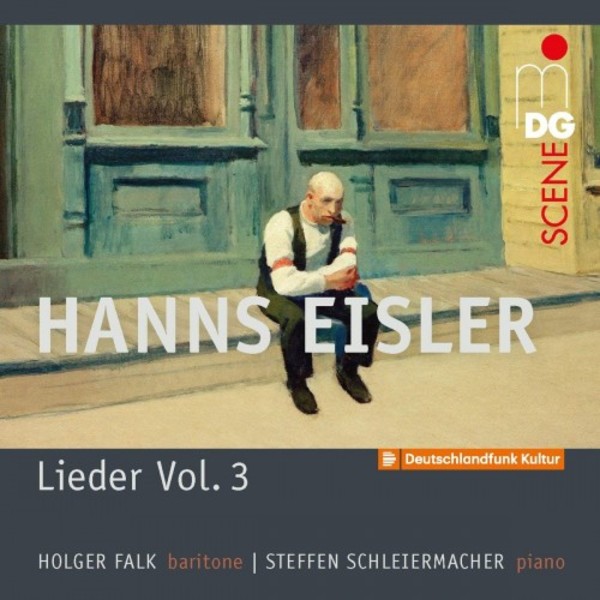 The programme of vol.3 of the successful and critically acclaimed Hanns Eisler project by Holger Falk and Steffen Schleiermacher features songs from this composers American exile.
The Hollywood Songbook is a major work, even if measured solely by its length and total of thirty-two pieces. Moreover, the concentration and intensification of the content attained by Eisler while he was residing on the Pacific Coast make this rather loosely organised collection of occasional pieces what is certainly the most important song cycle of the twentieth century. His songs reveal the other side of his life in exile: yearning for home, reluctance to come to terms with his fate, and the insecurity of his life in exile. Once again Bertolt Brecht authored a great many of these impressive texts.
The precise length of the Hollywood Songbook and the order of its titles are not entirely clear. The usual order of the thirty-two songs was not presented in full until 1982, forty years after Eislers death. Holger Falk and Steffen Schleiermacher complement this extensive cycle with some pieces from their temporal and topical context. The result is a most deeply moving, stellar song performance, presented with profound sympathy but without any obvious pathos.