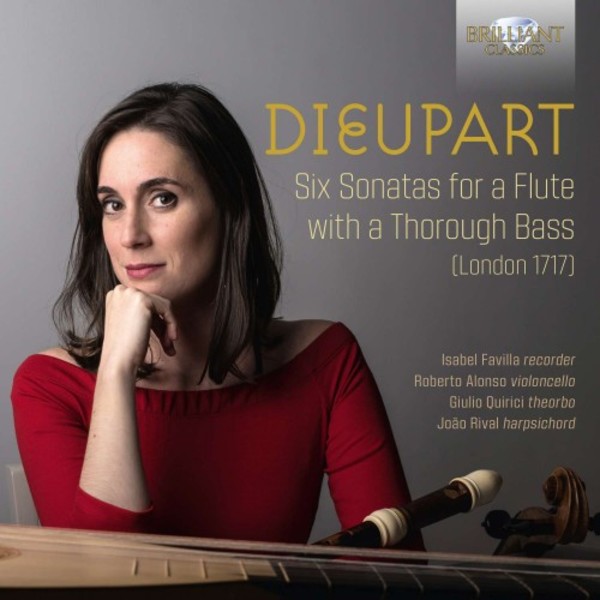 Sonatas (6) for a Flute and Through Bass

Sonatas (6) for a Flute and Through Bass

Dieupart is best known today for his Six suittes de clavessin, partly because J.S. Bach copied them out, and was supposedly influenced by them in his English Suites. The suites were probably composed in 1701, whereas these less familiar sonatas are considerably later works, dating from 1717: we dont know when Dieupart was born, but a contemporary biographer records that he died far advanced in years, and in very necessitated circumstances, about the year 1740.

Dieupart spent his entire career working in and around London as a harpsichordist and composer: he was a prominent member of the musical establishment in Drury Lane though he later became a founding and popular member of the orchestra in a rival establishment, the Queens Theatre in the Haymarket. It was probably once he had become a private music teacher in his later years that he wrote this highly attractive set of six sonatas, which are dedicated to Lady Essex Finch (d. 1721), the member of a noble English family who was likely a student of Dieupart and would have paid for the sonatas.

Even if Dieupart had not advertised himself as a scholar of Arcangelo Corellis, his recorder sonatas betray the influence of the great Roman violinist and composer in the types of movements, the varied support of the bass, and an elegant simplicity. The dance movements often have an English flavour that is reminiscent of Purcell, but otherwise Dieuparts French heritage predominates in the lively formality of his melodies.

This new studio album is led by the Spanish recorder player Isabel Favilla, who has played with many distinguished early-music ensembles in Europe and South America. Since 2009 she has also played with Inês d'Avena in a recorder duo, Schifanoia: their debut recording was praised for its highly musical phrasing and an entirely natural flow (MusicWeb International).