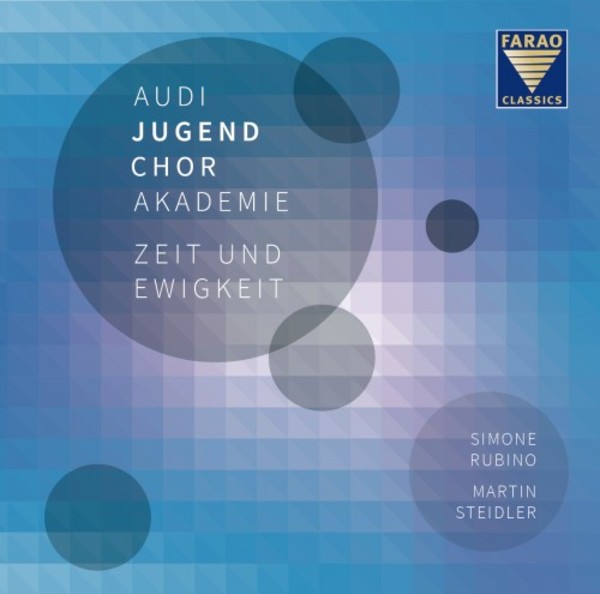 Under the concept of 'time and eternity', the Audi Young Persons Choral Academy and percussionist Simone Rubino present a programme of contemporary works that brings together marked opposites. The percussion stands for rhythm, a symbol of the organised course of time, correlating with ephemerality. The choir acts in contrast to this - in many pieces, it embodies a timelessness that explores the space with drifting sounds.
Talent, joy in music and a willingness to work at even the tiniest musical detail with extreme dedication and perseverance are the factors behind the success of the Audi Young Persons Choral Academy. Since its founding in 2007 as part of Audi AG's committed efforts to promote culture, the Academy has seen one success story after another: international awards and unanimous acclaim from both the musical and media sphere attest to the quality of this exceptional choral ensemble.
Born in Italy in 1993, Simone Rubino studied in Turin and Munich (with the late Peter Sadlo). He has won prizes at numerous competitions. He made his breakthrough in Germany in 2014 with the first prize at the ARD International Music Competition. As well as performing as a soloist, he has an intense interest in chamber music.
Born in New York, Kelvin Hawthorne has been principal violist in the Munich Chamber Orchestra since 1987.
Katerina Giannitsioti studied violoncello and baroque cello at the Munich Musikhochschule and musicology in Athens. She is a member of the Ensemble BlauerReiter and also works as a cello teacher.
Martin Steidler is professor of choral conducting and director of the madrigal choir at the Munich Musikhochschule; in 1993 he founded the Heinrich-Schütz-Ensemble Vornbach, and since 2008 has been artistic director of the Audi Youth Choir Academy.

All Shall Be Well