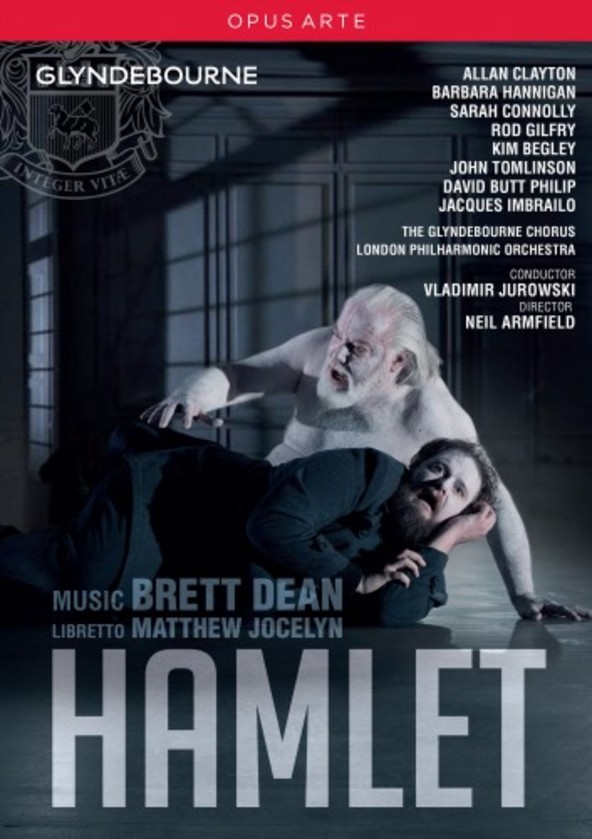 The world premiere recording of Brett Deans new opera based on Shakespeares best-known tragedy: To be, or not to be. This is Hamlets dilemma, and the essence of Shakespeares most famous and arguably greatest work, given new life in operatic form in this original Glyndebourne commission. Thoughts of murder and revenge drive Hamlet when he learns that it was his uncle Claudius who killed his father, the King of Denmark, then seized his fathers crown and wife. But Hamlets vengeance vies with the question: is suicide a morally valid deed in an unbearably painful world?

Deans colourful, energetic, witty and richly lyrical music expertly captures the modernity of Shakespeares timeless tale, while also exploiting the traditional operatic elements of arias, ensembles and choruses. Matthew Jocelyns inspired libretto is pure Shakespeare, adhering to the Bards narrative thread but abridging, reconfiguring and interweaving it into motifs that highlight the main dramatic themes: death, madness, the impossibility of certainty and the complexities of action.

With a reverent but mischievous take on the text and a superb cast led by tenor Allan Clayton, this world premiere production rises to the challenge set by Shakespeares great play  The Guardian ****

Extra features: Creating a World Premiere, A Theatre of Sound and a cast gallery

The music revels in the beauty of Shakespeares words  heavily pruned, reorganised and reassigned by Matthew Jocelyn  almost every one of which is audible despite the roaring cacophony of three instrumental ensembles, electronics and a second chorus in the pit ... The drama unravels thrillingly, shockingly, touchingly. ... Neil Armfields production looks regally beautiful to begin with and is filled with reaction to details in the score.  Andrew Mellor
Gramophone Awards 2018