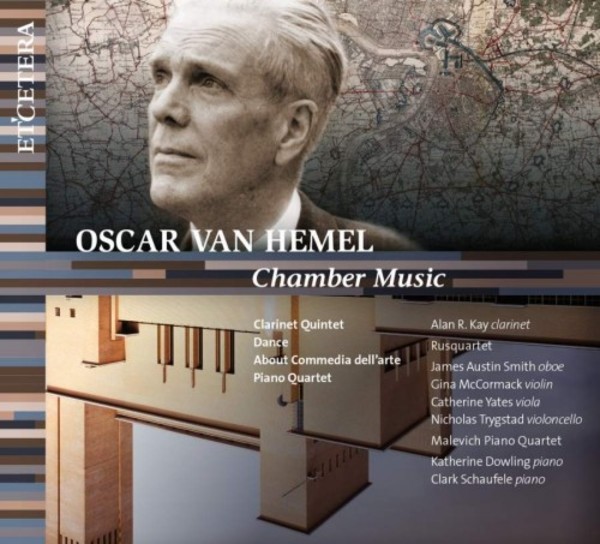 When I gladly accepted the position of artistic director of the Orlando Festival in 2014, the oldest and largest chamber music festival of the Netherlands (founded in 1982), I continued the rich Orlando tradition of programming chamber music from baroque to contemporary, and in addition decided to honour several generations of Dutch composers from the past and present times. This has in the past three years led to performances of music by Alfons Diepenbrock, Willem Pijper, Jan van Gilse, Oscar van Hemel, Marius Flothuis, Otto Ketting, Louis Andriessen, Bob Zimmerman, Gilius van Bergeijk, Jacob ter Veldhuis, Roel van Oosten, Robin de Raaff, Martijn Padding, Vincent Cox, Chiel Meijering and Sam David Wamper, including four world premieres. As rich as Dutch music life is, and has been in the past century, we seem to have a tendency to forget about our important composers as soon as they have died or in best cases a bit later. In the case of the music of the first six mentioned composers this certainly is noticeable. When I entered as a young viola student the Royal Conservatory in The Hague around 1970, I had heard Oscar van Hemels Viola Sonata on the radio. My string quartet teacher, Nap de Klijn, leader of the Netherlands String Quartet, had performed and recorded several of Van Hemels chamber music works. Nevertheless, much to my regret now, we never spoke about these activities concerning performing contemporary music. Oscar van Hemel, a trained violinist as well, composed a large oeuvre, and a wealth of chamber music, including two violin sonatas, a viola sonata, a cello sonata, chamber pieces for woodwinds and brass, a piano trio, a string trio and 6 string quartets. During his lifetime he was performed by the most respected Dutch musicians, such as Eduard Flipse, conductor of the Rotterdam Philharmonic Orchestra, The Röntgen Quartet, the Netherlands String Quartet (which premiered and recorded his Fourth String Quartet and his Clarinet Quintet with clarinettist Jolle Huckriede), Theo Olof (First Violin Concerto), Herman Krebbers (Second Violin Concerto with the Concertgebouw Orchestra conducted by Bernard Haitink) and the Guarneri Trio, again with Herman Krebbers. I am grateful for the support of the Foundation Oscar van Hemel, who helped the Orlando Festival to realize the performances and recordings of these four works by Van Hemel.  Henk Guittart