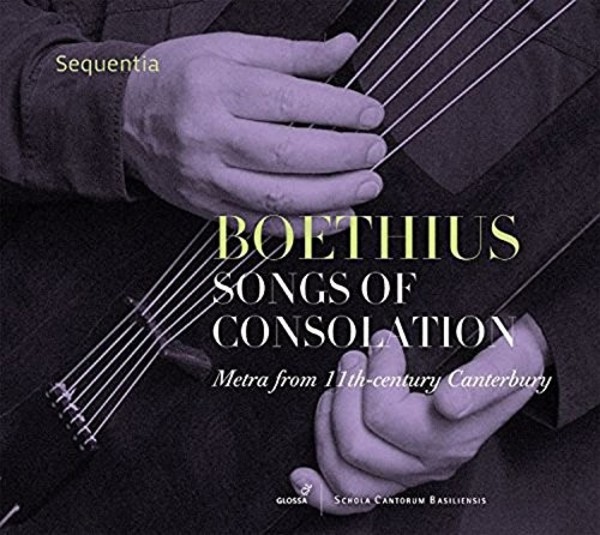 Imprisoned in Pavia in the early 520s, Boethius could not have anticipated that his final work would become one of the most widely read books of the Middle Ages. The Consolation of Philosophy portrays his struggle to reconcile himself to his fate by exploring the ways of man, the role of Fortune and the major questions of good and evil. Evidence that the poems of the Consolation were sung in the early Middle Ages survives in the form of musical notation added to over thirty extant manuscripts dating from the ninth through to the beginning of the twelfth century.

Through scholarly detective work the members of Sequentia, together with Sam Barrett, a Cambridge eminence in the medieval melodic tradition linked to Boethiuss work, have been able to produce a convincing reconstruction of this lost repertory. Barrett himself signs the main booklet essay and provides some fascinating insights therein.

Sequentia are among the worlds most respected and innovative ensembles for medieval music. Under the direction of Benjamin Bagby, Sequentia can look back on more than 40 years of international concert tours, a comprehensive discography of more than 30 recordings spanning the entire Middle Ages, film and television productions of medieval music drama and a new generation of young performers trained in professional courses given by members of the ensemble.

Sequentia were co-founded by Bagby and the late Barbara Thornton during their final years as students at the Schola Cantorum Basiliensis and have maintained a solid link with the Swiss institution since then. Their appearance in the collection that the SCB publishes in co-production with Glossa was an eagerly expected one.