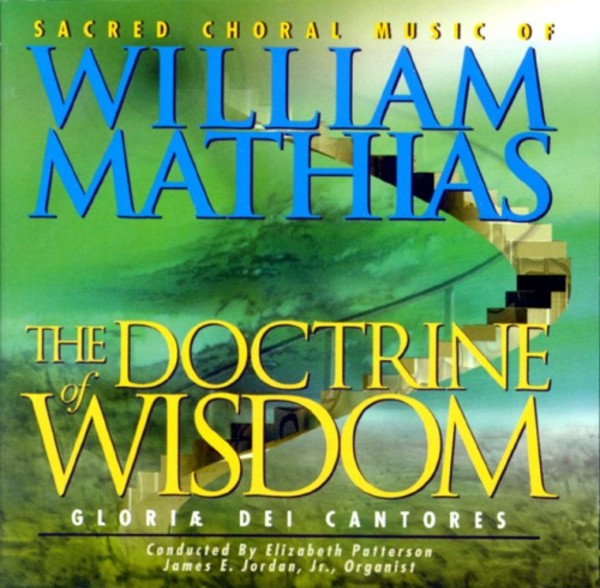 The Doctrine of Wisdom: Sacred Choral Music of William Mathias

Gloriae Dei Cantores celebrates the exuberance and touching humanity of this great Welsh composer. This recording of William Mathias's sacred choral music includes several recorded premieres as well as his last sacred choral work, Ad Majorem Dei Gloriam. Also featured are the Missa Brevis, Rex Gloriæ (four a cappella motets), The Lord is My Shepherd (Psalm 23) sung in Welsh by the men's choir, and Veni Sancte Spiritus (commissioned for the Three Choirs Festival in 1985), among other works. This release from Gloriæ Dei Cantores was recorded in Methuen Memorial Music Hall (Methuen, Massachusetts) with its grand acoustic and superb organ. It was award a Rosette by the Penguin Guide to Compact Discs.

Founded in 1988, Gloriae Dei Cantores from Orleans, MA, under the direction of Richard K. Pugsley, has touched the hearts of audiences in 23 countries in Europe, Russia, and North America, receiving extensive critical acclaim for its artistic elegance, performance authenticity, and compelling spirituality.

The choir's discography of over 50 recording showcases their extensive repertoire, encompassing both masterworks and rarely performed musical treasures from Gregorian chant to the 21st century.

"Mathias could hardly have hoped for more persuasive advocacy, nor finer recording."  Penguin Guide to Compact Discs (awarded a "Rosette")