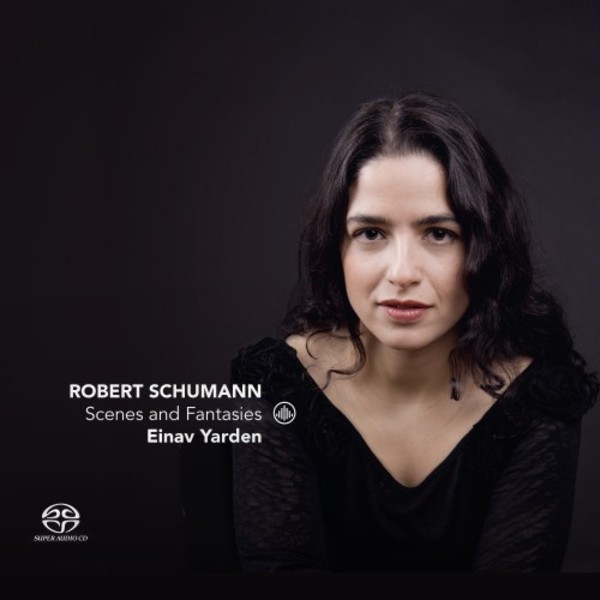 For her third release on Challenge Classics, pianist Einav Yarden has chosen works by Robert Schumann. Two popular masterpieces, the Fantasie and the Waldszenen, are coupled with late and little known Fantasiestücke, op.111.

The three works on this CD span a period of fifteen years, years in which the young Schumann suffered forcible separation from his beloved Clara, followed by their marriage and a brief period of relative calm, to the increasing bouts of mental instability which were to close him off from the world around him until his death.

The piano Fantasiestücke, op.111 was composed in 1851 during a time of deteriorating mental health and increasing disillusionment with his post as Music Director of the Dusseldorf Music Society. In contrast to the youthfully extrovert Fantasiestücke op.12 of 1837, these three untitled pieces are of a serious and passionate character, as Clara described them, their bold harmonies intensifying their expressivity. The Fantasie in C major, op.17, is one of Schumanns most powerful large-scale piano works, composed during the bitter period of his enforced separation from Clara. Schumann completed his cycle of nine forest piano miniatures, Waldszenen, in 1849, while struggling with increasing bouts of mental instability and depression. Each piece is headed by a descriptive title. These masterly tone paintings display Schumanns genius in creating miniature images consummate in expression, characterisation and mood.