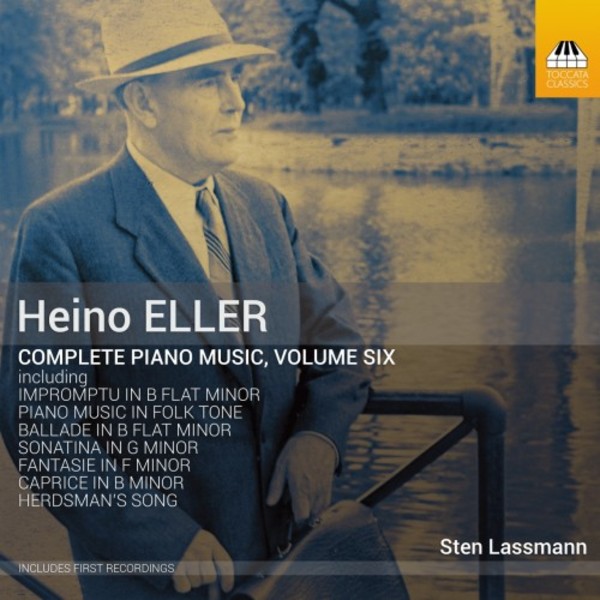 The piano music of the Estonian composer Heino Eller (18871970), a total of 206 works, is the largest part of this composers output. It is also the largest body of works in Estonian classical music. But most of these pieces are unknown, even though the best of them are original contributions to the piano repertoire of the twentieth century, with Ellers sensitive lyricism underpinned by gentle humour and an occasional epic tone. Volume Six in this series of nine recordings brings over half-a-century of music, from 1910 to 1965. It includes the melodious Sonatina in G minor, the spirited Piano Music in Folk Tone and the exquisite La fille du nord.

Sten Lassmann is one of the leading Estonian pianists of his generation. He appears frequently as soloist and chamber musician, performing in some of the most prestigious venues, such as the Glenn Gould Studio in Toronto, Purcell Room in London, the Large and Small Halls of the Tchaikovsky Conservatoire in Moscow, the Giuseppe Verdi Conservatoire Concert Hall in Milan and the Forbidden City Concert Hall in Beijing. He has been playing and recording Heino Ellers piano works since 2008 and in 2018 recorded the final, ninth volume. Born in 1982 in Tallinn into a family of musicians., he studied at the Tallinn Central School of Music, the Estonian Academy of Music and Theatre, the Conservatoire National Supérieur de Musique et de Danse de Paris and the Royal Academy of Music in London.