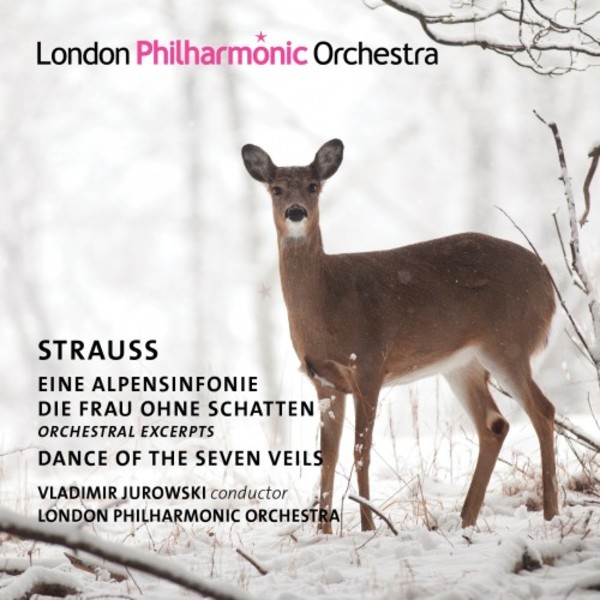 This release marks the 29th on the LPO label conducted by Vladimir Jurowski, and is the first Jurowski-conducted Richard Strauss release to date.

The performances of the three works on this release were also critically well received, with the soloists within the orchestra noted for their poise and exquisite handling of Die Frau ohne Schatten and Jurowskis perfect blending of rich textures in Eine Alpensinfonie (The Arts Desk).

Vladimir Jurowski has a strong affinity with Die Frau ohne Schatten (The Woman Without a Shadow), and chose to conduct a selection of orchestral highlights from the opera rather than the composers own published Fantasie. He went on to conduct the complete opera at the Metropolitan Opera in 2013. If the evening can boast a hero, the honour must go to Vladimir Jurowski, who conducts with abiding passion, sensitivity and propulsion (The Financial Times).

These discs join the previously released recordings of Richard Strausss Don Juan and Ein Heldenleben, conducted by Bernard Haitink (LPO0079); performances which were highly praised at the time. Gramophone magazine said [it] gives any account in the catalogue a run for its money in terms of sheer élan, and bristles with energy.

This music is absolutely ideally placed to Jurowskis strengths: his precision and ability to inspire playing of the greatest delicacy, pointing, accuracy and warmth is exactly whats called for in this score - Bachtrack.com, September 2012