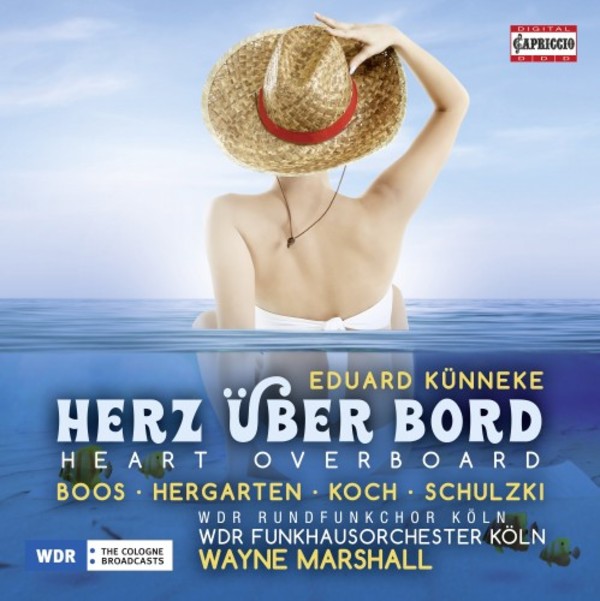 Eduard Künneke was a highly successful composer of theatre music, famed not least for the diversity of the operettas he wrote in the 1920s and 1930s and his ability to adapt to the various styles of entertainment music at the time. His Der Vetter aus Dingsda (1921) enjoyed worldwide success and is the work most readily recognised with Künneke's name. His successful operettas were even adapted for London and New York. Herz über Bord premiered at the Zurich Opera in 1935 and was performed almost 500 times between 1935 and 1937, including in Dresden, Stuttgart, Stockholm and Berlin. The Berliner Zeitung noted: Once again, we can listen to operetta music written by a true artist, a man of taste. Every number carries its own impact.

I have given every operetta the style demanded by the location and the time in which it is set.  Eduard Künneke