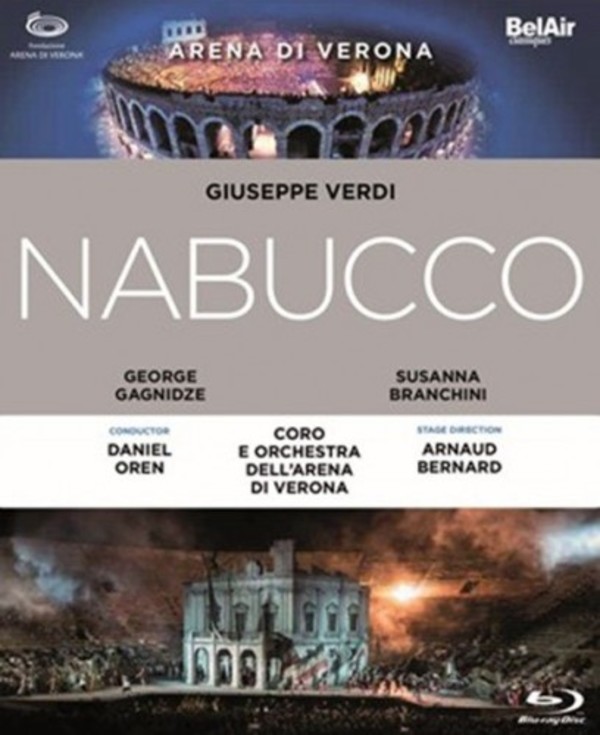 A new production of Verdis Nabucco at the Arena di Verona.

Verdi's third opera was created at the Teatro alla Scala in Milan in 1842, in the epicentre of the 'Risorgimento' and the capital of Italian nationalism, at a time when the supporters of Italian independance from Austrian occupation were starting to make their voices heard. The 'Chorus of the Hebrew slaves', introduced at a pivotal point in the third act where the Jews, exiled from Babylone by Nabuchodonosor, mourn their country, immediately resonated with the Italian nationalists and has ever since been a symbol of Italian national identity.

Boldly transposing the action out of biblical times and into Italian Risorgimento, French director Arnaud Bernard sets the opera in the Milanese opera house during the uprisings of 1848. Soprano Susanna Branchini is sublime as Nabuchodonosors daughter Abigaille, while Israeli-born conductor Daniel Oren, a true connoisseur of Verdi's musical language as well as a regular guest at the Arena di Verona, conducts this lyrical epic with great panache.

The Israeli conductor has always loved Nabucco and it shows; his conducting is intense and passionate, but considerate of the voices and always attentive to what happens on stage.  Operaclick.com