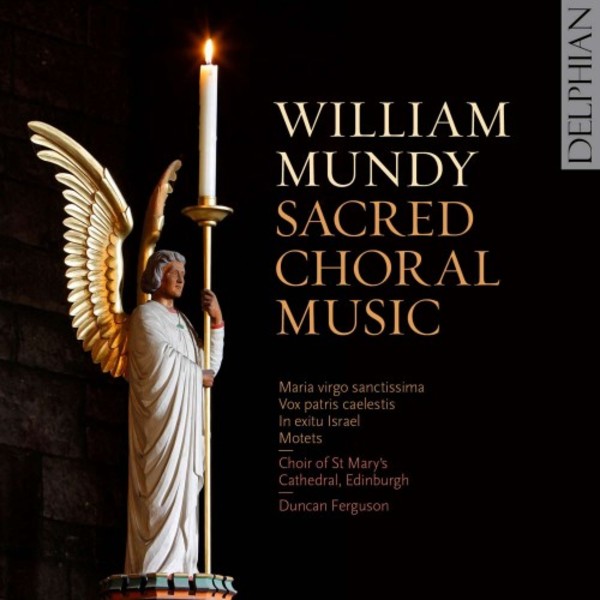 Already celebrated in surveys of John Taverner and John Sheppard, the Choir of St Marys Cathedral, Edinburgh now showcase the often overlooked music of William Mundy, which was at the heart of the Marian Catholic revival and then, just a few years later, made a vital contribution to the development of the Elizabethan motet. Their programme centres on Mundys two most extended festal compositions, possibly sung to Queen Mary on the eve of her coronation in 1553  the celebrated Vox patris caelestis and, newly reconstructed, the little-known Maria virgo sanctissima. Two further premiere recordings feature alongside the remarkable collaboration of Mundy, Sheppard and a young William Byrd on music for the Easter procession, In exitu Israel. Combining powerful music on a ceremonial scale with shorter liturgical works, this recording conveys the choirs sheer joy in their now firmly established role as ambassadors of sixteenth-century polyphony.

Duncan Fergusons recordings on Delphian have attracted much critical acclaim. Single composer recordings of Sheppard, Bruckner and Gabriel Jackson were all Gramophone Editors Choices. A recording of Taverners music was International Record Review disc of the month.