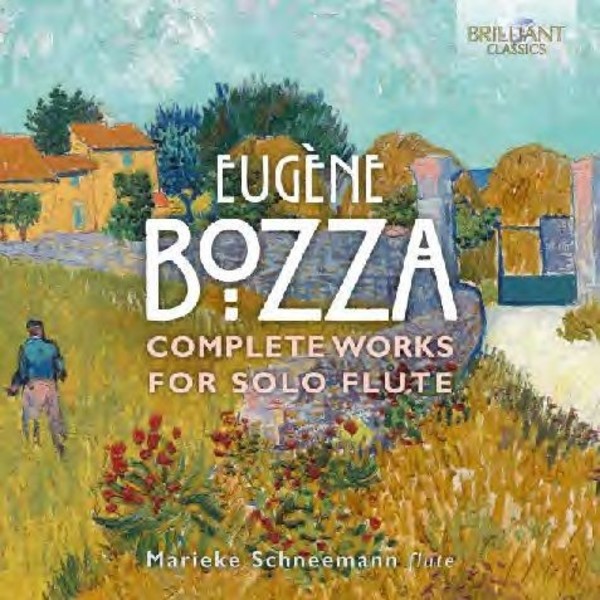 Eugène Bozza was a 20th-century successor to Giulio Briccialdi, the Italian flautist who is celebrated in 2018, the 200th anniversary of his birth.

Born to an Italian father in Nice in 1905, Bozza studied violin and piano in Rome as a child before winning a place at the Paris Conservatoire, where he excelled on the violin. It was in France that he made his career, initially as an orchestra leader, conductor and composer. In 1931 he won the prestigious Prix de Rome (denied time and again to Berlioz) and he was later decorated by the Republic as a Chevalier of the Légion dHonneur for his services to French music.

Having become director of the conservatoire in Valenciennes at the age of 45, he wrote prolifically for chamber ensembles, producing the kind of music which students could study and play together. However, his style was not an academic one, nor was it especially influenced by the artistic upheavals of the century in which he lived (he died in Valenciennes in 1991).

Image is the earliest work here, dating from 1939 and sharing with later studies a full understanding of the instruments technical possibilities. There are many allusions in the 14 Études-Arabesques (1960) to famous flute solos of the past as composed by the likes of Mendelssohn, Debussy and Ravel, as well as demanding tests of flutter-tonguing and other flute techniques.

The 10 Studies in Karnatic Modes (1972) are much more experimental and modernist, including sparing use of quarter-tones, and employing Indian modes such as may be discovered in some of Debussys music. The technical challenges include wide leaps, frequent dynamic changes and extremely high flute-writing.

In a personal reflection printed in the booklet, the flautist Marieke Schneemann reflects on her discoveries in the music of Bozza: After all the hardships and wanderings past Arab lamentations, cubist landscapes, chirping birds, sandy deserts, hallucinations, happy people, fireworks shows, Japanese monks and absurdist performances, the treasure turned out to be quite different from what I had expected. It has surprised me.