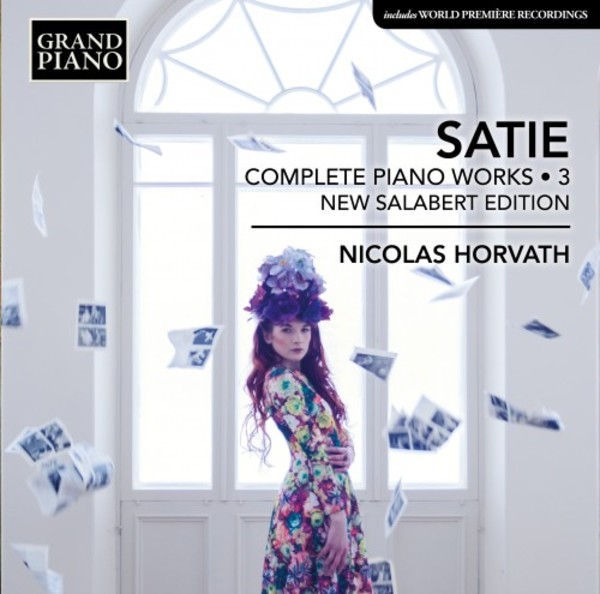 This third volume of Erik Saties complete solo piano music using Satie scholar Robert Orledges new Salabert Edition focusses on music composed between 189297, including theatrical scores such as the revolutionary uspud, and the Danses Gothiques and famous Vexations written while the composer was hiding from a tempestuous love affair. The period closes with Satie composing in what he called a more flexible and accessible way with the final Gnossienne and the six Pièces froides.

Nicolas Horvath has in recent years become one of the most sought after pianists of his generation. Holder of a number of awards, including First Prize of the Scriabin and the Luigi Nono International Competitions, he is known for organising concerts of unusual length, sometimes over twelve hours, such as performing Philip Glasss or Erik Saties complete piano music. His critically acclaimed Glassworlds cycle, of Philip Glasss piano music, was nominated for two ICMA awards in 2017. In spring 2017 he released his first album of world premiere recordings of piano sonatas by Estonian composer Jaan Rääts. Horvath is a Steinway artist.

Horvath plays with wonderful intensity... clearly in the spirit of Satie... Performed with objectivity, seduction and vivacity  Classica on Vol.1