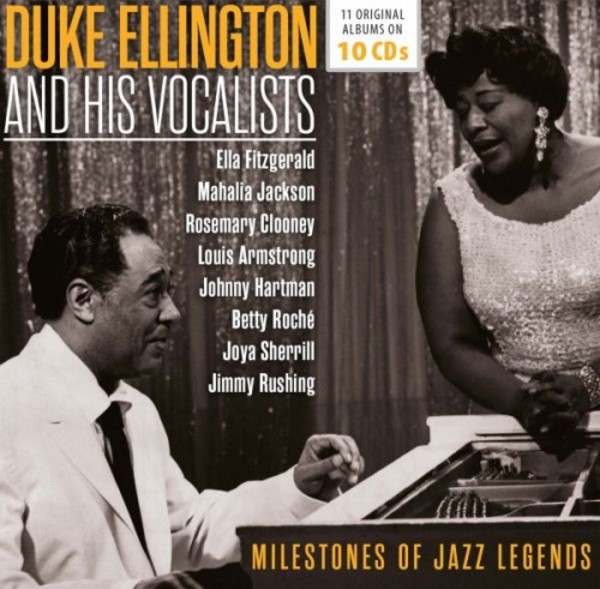 Duke Ellington and His Vocalists

Edward Kennedy Ellington (1899-1974) was the most influential musician of the 20th century in Jazz and in American music in general. His orchestra was instrumental in the early development of Jazz and the Swing era and effortlessly mastered the integration of the harmonic and rhythmic innovations of modern Jazz.

As a composer Ellington created more than 1000 works, which genreexplosively included religious masses, arrangements of works of classical, as well as symphonic music. Together with his musical alter ego, the pianist and composer Billy Strayhorn (1915-1967), the Duke created a rich repertoire of immortal melodies, which accordingly almost demanded lyrics for vocal interpretations. It is not surprising that the Dukes masterpieces from the American song books, which have been ennobled to standards, such as Lush Life, Sophisticated Lady, In a Sentimental Mood and countless others, are still a must-have for all Jazz singers.

In our documentation of these most madly beloved Ellington songs, interpreted by the maestro and his orchestra with the greatest voices of Jazz such as Louis Armstrong, Ella Fitzgerald, Mahalia Jackson, or even George Clooneys Aunt Rosemary and some notable rediscoveries, all of the genres in which the Duke excelled can be found.

CD 9
Duke Ellington: A Drum is a Woman